Schumer, Leahy discuss importance of getting people out of Afghanistan

Democratic Senator Chuck Schumer of New York and Democratic Senator Patrick Leahy of Vermont were in their respective states Wednesday. Both were touting their efforts on initiatives unrelated to Afghanistan, but neither could avoid the topic.

Schumer says he’s been on the phone for three days about this.

He focused his comments not on what went wrong, but on what needs to happen now, getting people out.

"First, American citizens out and second, brave Afghans who risked their lives to help our soldiers, others in NGOs, non-government organizations that also helped, and we have to get them all out," said Schumer. "Because who knows what the Taliban will do to them."

Schumer says the airport is operational and secure, and continued evacuations should be the first concern. 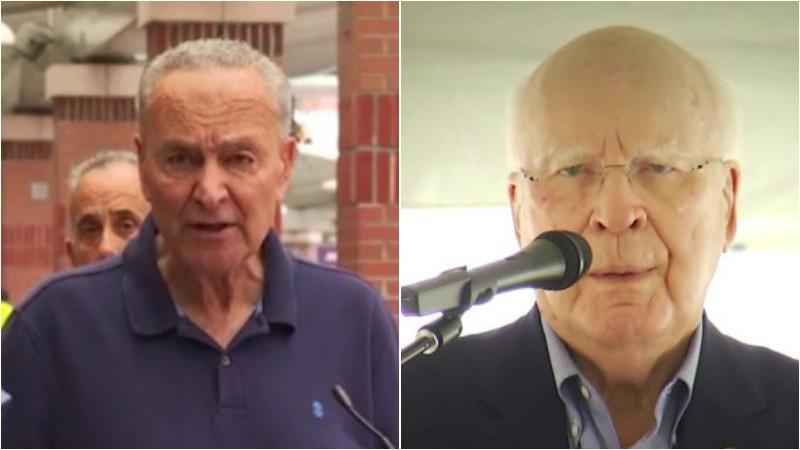 Meanwhile, Leahy addressed the ongoing criticism, calling the situation that’s been playing out unavoidable no matter when the United States pulled out.

"I think the same thing would have happened after trillions of dollars in aid, sacrifices of so many American lives. Seeing so much of the Afghan military, which greatly outnumber the Taliban just throw away their weapons and leave, I think that tells us a lot," said Leahy.