COHOES – Police believe a murder suspect is now on the run. A Cohoes man charged with the death of a 6-week-old baby is now considered a fugitive.

The court issued bench warrants for the arrests of Anthony Ojeda and his husband, Neil Garzon, after they failed to show up for two court appearances.

Ojeda was charged in June with murder, manslaughter and endangering the welfare of a child.

He was the legal guardian of a baby named Eli Harmon-Ojeda, who died at six weeks old. 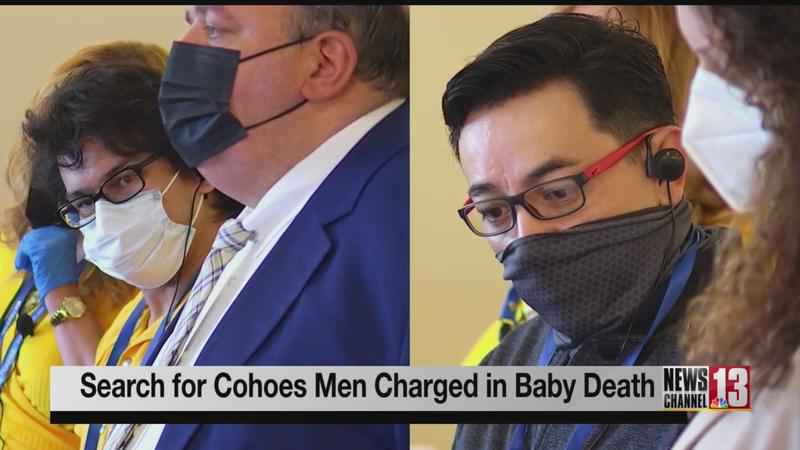 Prosecutors say the infant had injuries to his ribs and head, and toxic levels of methamphetamine that killed him.

Ojeda’s husband, Neil Garzon, was charged with endangering the welfare of a child, a misdemeanor.

They were released with conditions in June. At the time, both the prosecution and defense noted that Ojeda had consistently shown up for court.

However, the couple repeatedly failed to appear last month, and now police have to find them.

NewsChannel 13 talked with Cohoes resident Matthew Zehner near the couple’s apartment. "Hopefully they’ll find them, hopefully they get charged with stuff," Zehner said.

There are still piles of things in their Cohoes apartment, but neighbors say they haven’t seen the men in about a month.

Investigators believe the system failed in this case, with no supervision for a person facing a second-degree murder charge.

"Any time a grand jury has seen fit to indict somebody on a murder-second charge and that person is now on the loose and is not showing up for court appearances, then obviously justice is not being served," said Cohoes Police Chief Todd Waldin.

Cohoes police worked tirelessly on this case. They want to see justice for baby Eli.

"Being at the hospital when he passed, making the arrest, being at all the court dates, I personally have carried his prayer card from his services with me at each and every one of those court dates," said Cohoes Police Detective Michael Greene. "I know it’s affected a lot of the people in this department deeply, and we’re all committed to finding them and bringing them to justice."

Police are asking anyone who has information or spots either man to call 911 immediately.