Rensselaer County under a state of emergency after major storms rolled in through the area on Wednesday, putting on quite a show and leaving behind some major damage.

Many people we spoke with say this is nothing like they’ve seen before.

Sand Lake Town Supervisor Nancy Perry was in a meeting when Mother Nature placed a target on her town.

“All of a sudden it just started to rain, it hailed, and it just didn’t stop raining,” she said. “I’m looking at my window here, we’re noticing Cumberland Farms parking lot is an ocean. There are cars floating in there.” 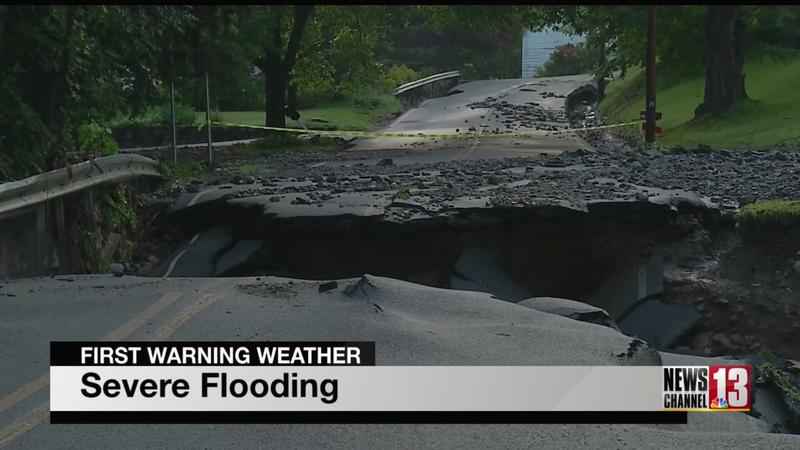 But the flooding and damage didn’t stop there.

“My neighbors had three feet of water in their basement. It was crazy,” resident Cathy Floetke said.

The torrential rain even washed out driveways, leaving people stranded and taking out chunks of several roads like Taborton and Burden Lake roads.

The town is asking for patience as they work to cleanup.

“Right now the priority is the roads,” Perry said. “This is going to be in it for the long haul.”

Despite the devastation, there is a silver lining.

“From what I understand no one got hurt. I can repair a road, I can replace a culvert, but I can’t replace a human life,” Perry said.

Something important to note for people living in Sand Lake — the Town Hall was flooded. So they don’t have working phones. They will be posting updates on their website. So be sure to head there for all information.