NewsChannel 13 knows of at least one house on Old Niskayuna Road in Loudonville that took a direct lightning hit, which caused a fire, which knocked out power and damaged the home.

The residents who were inside at the time got out safely and were not hurt.

On Knob Hill Road, there was a lightning strike that hit a little too close for comfort for a woman and a child who were sitting in the living room when they heard a great big boom just outside their home.

Their power went out immediately. 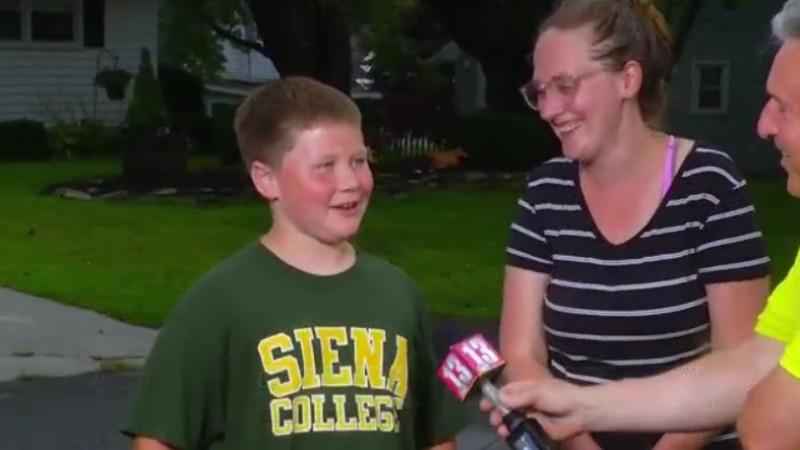 "It hit something very close to the front of our house, but we couldn’t tell, and we didn’t want to go outside in the storm to try to find out. I really don’t know what actually happened, but then we just turned all the power off to avoid starting our house on fire," said Sarah Dolan, who lives in the home.

"I screamed, and ran behind the couch," said 11-year-old Michael Szostak, smiling as he recalled what happened. "I was terrified. I never had my house struck."

All the cats have since been accounted for.

Power crews were working to restore the power to their home.