CLIFTON PARK – Less than month before Capital Region Toys For Tots gives out thousands of gifts to children in need in our area, they are currently facing a big problem at their warehouse.

"It’s actually a sewer problem that we’re having, so we can’t use the water. The bathrooms are unusable right now," said Kathleen Lincoln, who is the warehouse manager for Capital Region Toys for Tots.

Several companies have been out to take a look, and it’s not an easy fix.

"We actually have lines that collapsed, two different sections that have to be replaced," said Lincoln.

The lack of bathrooms means they haven’t been able to have volunteers in the warehouse to sort and organize toys this week. 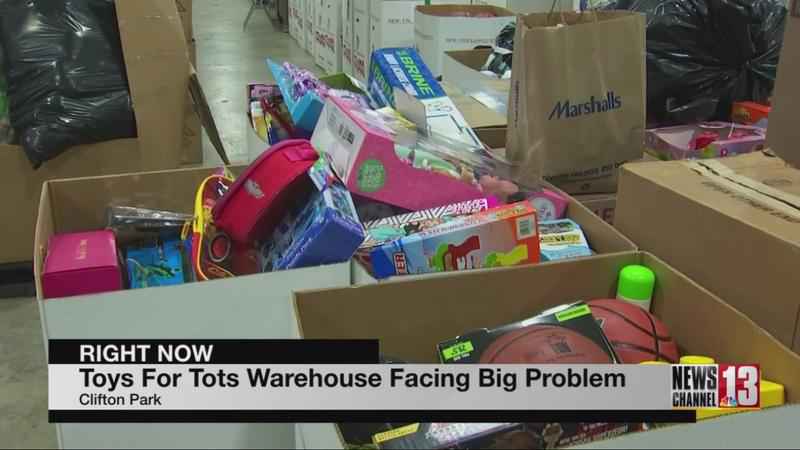 Lincoln is welcoming any and all suggestions on how to tackle this issue.

Once the bathrooms are up and running, they’ll need more volunteers than ever.

Learn about some ideas being thought of as a temporary fix right now, and plans in the works for next year, by watching the video of Sam Hesler’s story.