Shen junior Lucia Hingi is waiting to see if she will take home the top honors in a national culinary contest. She’s following in the footsteps of her teacher as she looks for a win.

When Lucia is cooking, she is in her element. She learned her way around the kitchen by watching her mom, and she always gravitated to the desserts.

Fast forward, and she’s whipping up a little notoriety for herself with her delicious desserts. The BOCES student recently won a state culinary bake-off, the NYS Skills competition.

She was egged on by her teacher, Chef Erica Weakley, who won the same competition when she was a student at BOCES.

Now Lucia has taken on the national SkillsUSA competition, and is a finalist doing what she loves most, whipping up delectable desert delights. 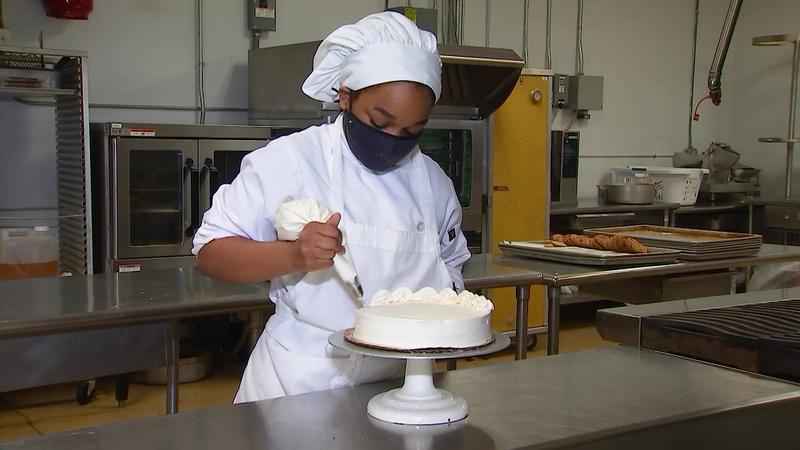 NewsChannel 13 will keep you updated on the results.

Hear Lucia describe her reaction when she learned she had made it to the national competition by watching the video of Elaine Houston’s story.