Some parents at Shen are up in arms about the amount of time kids in some elementary schools were able to remove their masks in class during the first few days of school. Finally, the school superintendent is clarifying.

Dr. Oliver Robinson sent out an announcement on mask breaks Monday afternoon. He says they should occur outside. When inside, he says students must be at least six feet apart, and masks cannot be off indoors for more than 15 minutes throughout the day.

"It was a relief to actually have something in writing," said Karen Whalen, who has two children at Tesago Elementary School.

She was shocked when her 7-year-old daughter came home from the first day of school, saying some kids in class were taking very long mask breaks. So Whalen reached out to the school principal. 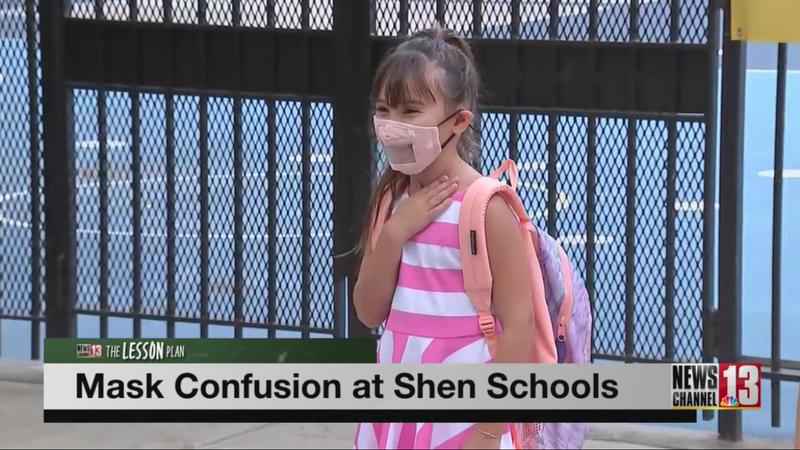 Hear what Whalen was originally told, and why it shocked her so much, by watching the video of Subrina Dhammi’s story.