For the first time since the Buffalo mass shooting, we’re hearing from the owner of the gun shop where the accused shooter purchased the AR style gun used in the attack.

NewsChannel 13’s Subrina Dhammi spoke with the man who has owned Vintage Firearms in Endicott, New York since 1993. He says he’s trying to keep a low profile, and did not want to do an on-camera interview. However, he had a lot to say off-camera.

The owner says the sale was "uneventful". He says he happened to have one AR-15 in stock, and has not had another one since. He says he sells a handful of that style gun in a year. 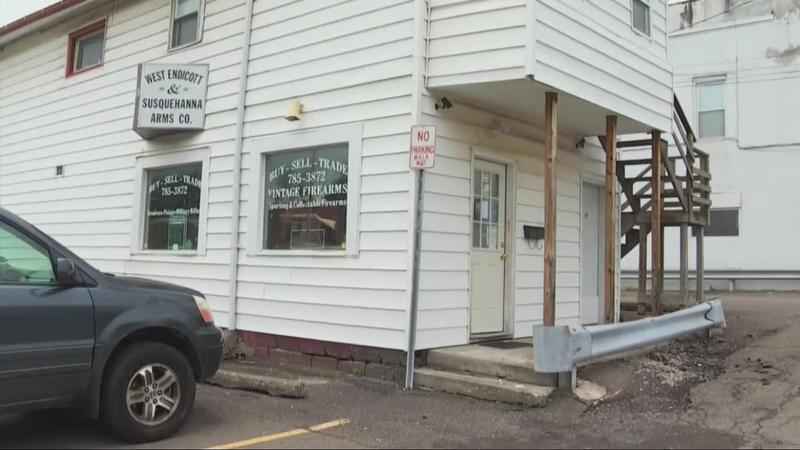 The accused shooter, Payton Gendron, was evaluated about a year ago, after an assignment his senior year of high school raised some concerns. The students were asked to talk about what they want to do after graduation. Police say Gendron wrote "murder suicide."

Police were called, and Gendron had a mental health evaluation. However, that’s where it ended.

New York’s Red Flag Laws are designed to keep firearms out of the hands of people who make threats. The owner of Vintage Firearms confirms a background check was done when Gendron purchased the gun, but nothing came up. The sale was legal.

A couple of months later, on May 14, police say the 18-year-old man used that gun inside the Tops grocery store in Buffalo – and killed 10 Black people in what police say was a racist attack.

NewsChannel 13 asked the gun shop owner about Gov. Hochul calling to raise the age to 21 to purchase an AR style firearm. Learn what he said by watching the video of Subrina Dhammi’s story.