A picture is worth 1,000 words. An October 1992 photo shows former U.S. Secretary of State Colin Powell, who at the time was chairman of the Joint Chiefs of Staff, and now Siena President Chris Gibson, then an infantry company commander in the 82nd Airborne at Fort Bragg, together ahead of a possible deployment to Yugoslavia.

"What that photo doesn’t tell is the rest of the story. Not only did he listen intently to our brief, ask questions of my paratroopers, really appreciate and get to know them, but he also had a sense of humility and a sense of humor," said Gibson.

Gibson’s military career spanned 29 years. He then went on to serve in Congress, and he and Powell crossed paths several times.

Upon learning of Powell’s passing on Monday morning, Gibson took some time to honor and reflect. 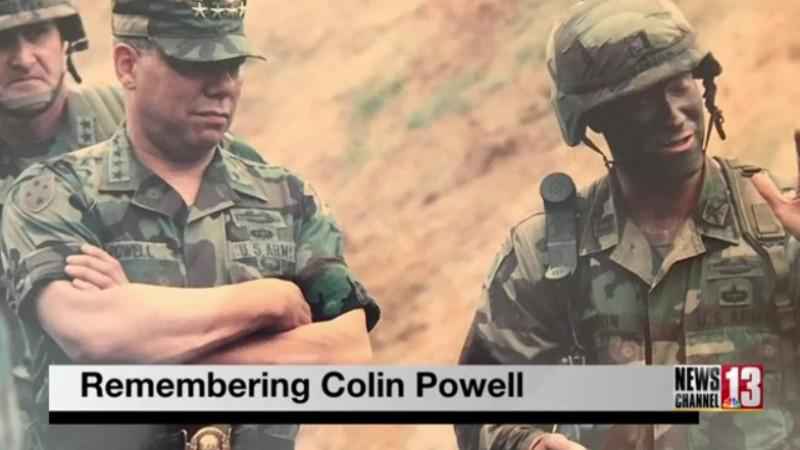 Gibson says two things set this leader apart from the others. First was his genuine character, and second was his belief in his country.

"I mean he had a hardscrabble, you know, not a privileged upbringing, and he really credits so much of his success in his life to the American dream," he said.

Gibson notes that while Powell’s time with us has come to an end, his legacy should live on for generations to come.

"I think that’s what young folks today should see. That he cared so deeply that he from the very beginning to the very end he kept faith in this country," said Gibson.