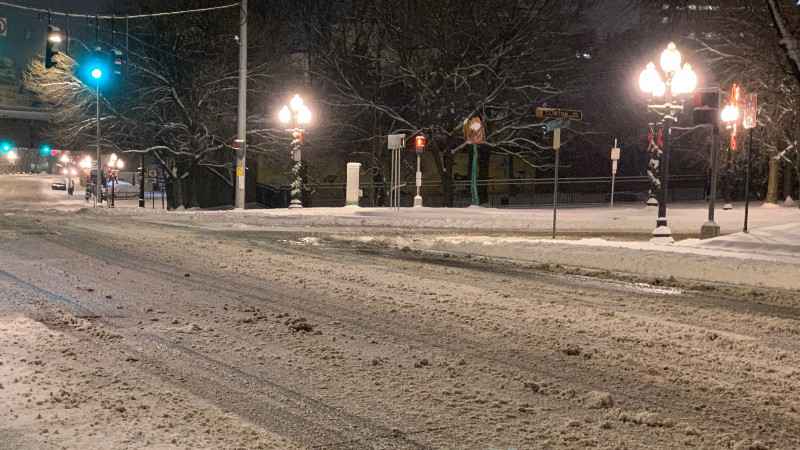 A photo of the intersection of Broadway and Clinton Avenue in downtown Albany.

A winter storm has created slick road conditions in many parts of the Capital Region, Monday.

The storm brought several inches of snow to the immediate Capital Region during the early-morning hours. Areas west and north of Albany have seen more snow. In the Hudson Valley, snow will eventually transition into a wintry mix, followed by rain. For the complete forecast, click here.

NewsChannel 13’s Sam Hesler was out along Broadway in downtown Albany, Monday morning. Many plow trucks were seen coming through the area.

NY 511 reported more than half a dozen crashes along major roadways around 8 a.m.