Saratoga and Schenectady counties will collect tax only on the first $2 charged per gallon of gas and diesel. The state says it amounts to $609 million in direct relief to New Yorkers.

Even with the minor tax relief, people in the Capital Region are paying more than $1 more than what they paid this time last year.

Customers filling up at a Sunoco station in Watervliet either weren’t aware of the change, or say it’s not making a big enough difference at a time when they need relief. 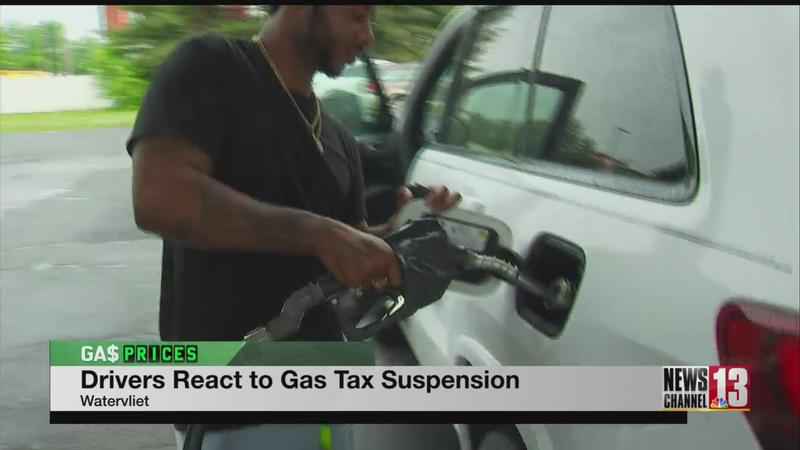 NewsChannel 13 watched the station managers post lower numbers at the pump Wednesday. Most of the state will pay 16¢ per gallon less. At that station, it only meant a 10¢ drop, as gas prices still increased. However, some drivers are still taking a triple digit hit to the wallet.

It’s getting so expensive for Coleman just to drive his kids to school and visit his mom.

"Prices right now are at an all-time high, I feel like. Relief on gas would be beautiful, something," he said.

The gas station’s manager, Megha Patel, says the prices have customers complaining to her and the owners of the station.

"They yell at us, they think that we increased the prices, without knowing the other things," she said, explaining that gas companies send them the prices. "But right now it’s getting down, so let’s see. I wish it could come back to like, two-something, as it was, but let’s see now," said Patel.

One customer owns a car dealership up the road. He says customers there, more than ever, are factoring gas mileage in their decision on which car to buy.