SOUTH GLENS FALLS – Twins from South Glens Falls have finished at the very top of their graduating class.

Qwin and Elonne Pisacane were born just a couple of minutes apart and by all accounts, they’re inseparable. After 13 years of school, they’re separated by just 4/100ths of a point.

They go everywhere together, do everything together, dance, field hockey, creative writing. 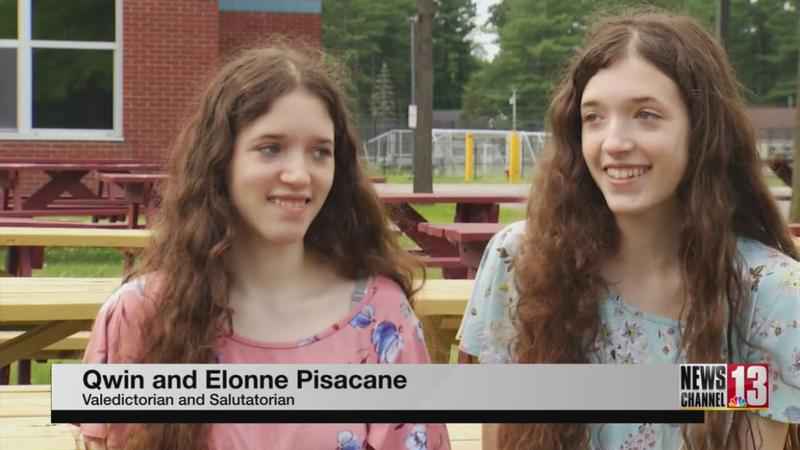 Both say they embrace being twins, even choosing to dress the same. So it stands to reason that after a high school career, taking the same rigorous AP and college courses, they have a nearly identical average. Both just a hair under 99. Qwin is the valedictorian and Elonne is the salutatorian.

Both girls say there has never been competition between them, only genuine empathy.

Qwin and Elonne are one of eight sets of twins who will graduate from South High Friday night at the Cool Insuring Arena, which is amazing when you consider there are 215 students in their graduating class.

Learn about Qwin and Elonne’s college plans, and if they’ll stay together, by watching the video of Mark Mulholland’s story.