SARATOGA SPRINGS – Last summer was like no other at the Saratoga Performing Arts Center. No ballet, no orchestra, no rock concerts or country music.

However, plans for this summer at SPAC are coming together.

There will be performances by the New York City ballet, and the Philadelphia Orchestra. The Zac Brown Band will be playing there in the fall.

How many people will be allowed into any of those performances is still a moving target.

For hundreds of thousands of us, summer isn’t summer without SPAC. 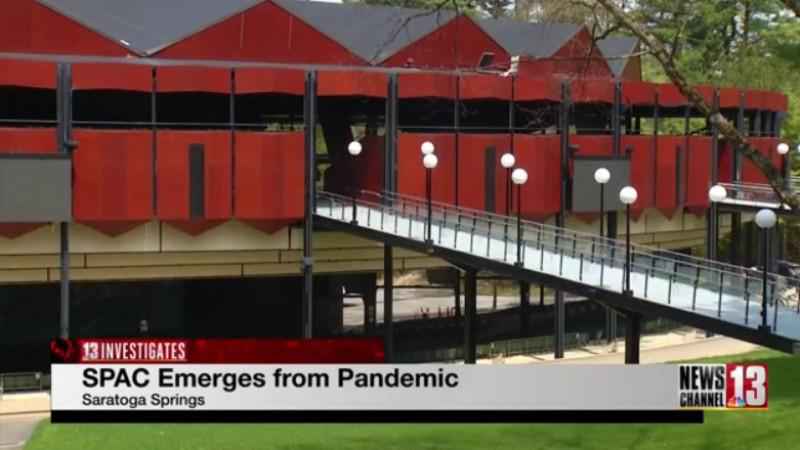 Whether it’s Live Nation concerts by Dave Matthews and Zac Brown, performances of the New York City Ballet, or the Philadelphia Orchestra

However, the amphitheater stage was dark for the entire summer of 2020.

RELATED: Many questions remain over fan capacity at Saratoga this year

During a one-on-one conversation, SPAC President and CEO Elizabeth Sobol says they worked harder than ever, holding more than 200 events from dancing and drumming classes to outdoor film nights.

They ended 2020 in the black, helped by an increase in contributions and slashing expenses. They didn’t take the $2.3 million loss they usually do on presenting classical programming.

However, this year expenses will be higher, driven by people and equipment needed to verify vaccinations or negative COVID tests. Because of limits on crowd sizes, revenues will be down.

As of now, early May, the amphitheater can be at just 20% capacity with six feet of social distancing between parties.

So amphitheater seats will be removed and blocked off into pods. On the lawn, they will paint circles where parties of two and four will sit or stand, wearing masks at all times.

Everyone will fill out contract tracing forms and get their temperature checked.

Learn about a big worry Sobol says she has as we get deeper into summer by watching the video of Mark Mulholland’s story.