A year after State Comptroller Tom DiNapoli found the Department of Environmental Conservation needed to do more to control invasive plants such as giant hogweed, DEC is asking for your help tracking the dangerous plant down.

Giant hogweed is actually in the carrot family, but this invasive plant won’t do anything to help your eyesight.

"It’s sort of most infamous for its sap, which can cause a pretty serious rash, skin reaction," said Stan Waldhorn with the New York State Department of Environmental Conservation. "It pretty much prevents your skin from protecting itself from the sun."

It sounds like something from a sci-fi movie. Waldhorn says giant hogweed sap is made of a chemical that can be absorbed by your skin. Whenever you’re in the sun, the chemical heats up causing something like a very bad, painful sunburn. 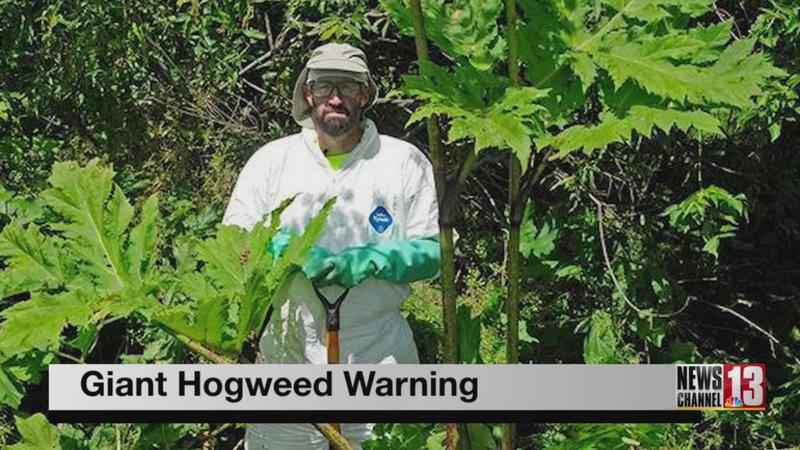 Waldhorn’s number one recommendation is an obvious one. Don’t touch the plant.

He says the chemical is water-soluble, so you can wash it off with soap and water.

However, if it’s on you long enough, he says the chemical can be absorbed into skin cells and stay there for weeks or months.

Learn where giant hogweed is typically found, how you can identify it, and what you should do if you find it on your property by watching the video of Jerry Gretzinger’s story.