This is the time of year when Lyme disease concerns start to creep back up. With that and other tick-borne illnesses continuing to plague New Yorkers, some lawmakers are hopeful they can pass legislation that would help people who are affected by the illness. Now there are some bills proposed to help fund research to prevent Lyme disease.

Sen. John Mannion says his daughter was diagnosed with Lyme disease just a few years ago. She was very sick to the point where she had to spend five nights in the hospital.

Mannion says Lyme disease affects many people in the state. He has proposed a bill that would extend workers’ compensation to workers who contract Lyme disease and other tick-borne illnesses while on the job.

Mannion says having Lyme disease affects peoples’ abilities to work. He used to work as a biology teacher and saw this firsthand. 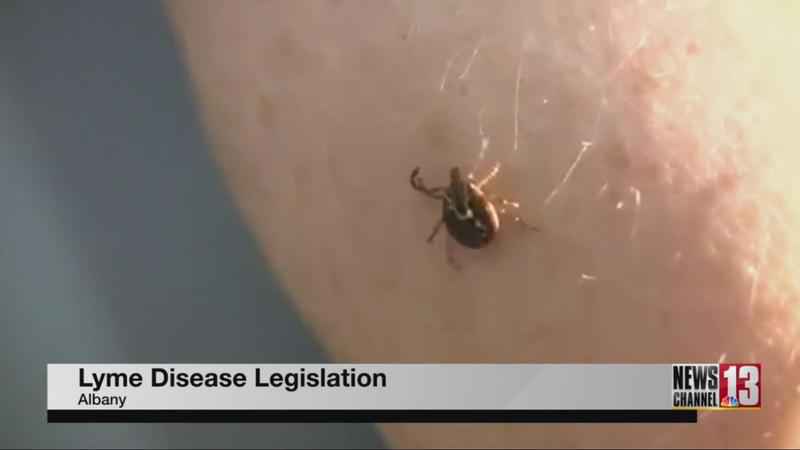 His proposal would add tick-borne illnesses to the list of occupational diseases that would allow someone to get worker’s comp.

Learn about how far the bills have gotten to this point by watching the video of Jonathan Hunter’s story.