Rain in the forecast could cause more issues for people living in Rensselaer County, where a state of emergency remains in effect, as they continue to clean up from major flooding.

They made a fair amount of progress in the Averill Park-Sand Lake community Thursday, but there is still a lot to go.

People spent the day pumping out their basements. There are still chunks of pavement out on the road, dirt driveways just completely washed out, and parts of Taborton and Burden Lake roads just wiped away.

Many people have said the damage from this is worse than it was from Hurricane Irene.

County Executive Steve Mclaughlin, Rep. Antonio Delgado and U.S. Department of Agriculture Secretary Tom Vilsak toured the damage Thursday, and discussed how to help the community to get back on its feet. 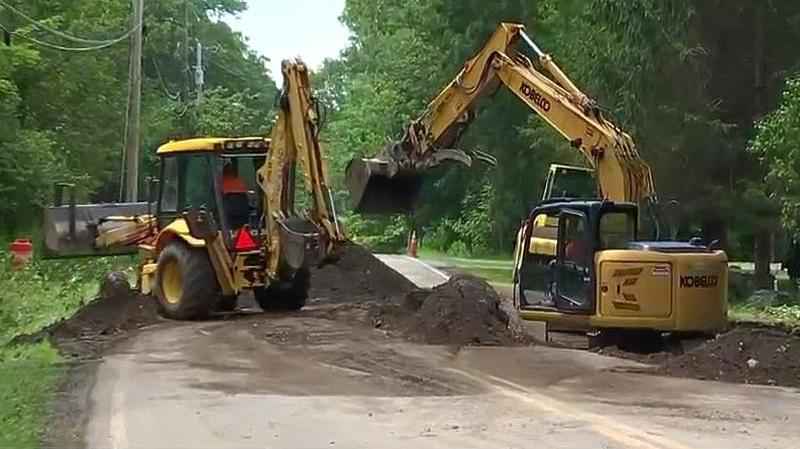 “Fortunately, no one was killed but someone easily could have been and the reality is we have to build our infrastructure to withstand these kinds of circumstances,” Vilsak said.

Delgado is asking people to take photos of the damage to document it.