The study published in Jama Pediatrics pulled together data from 17 different studies involving nearly 200,000 adolescents in 2020.

The increased use of vaping pens is worrisome for health experts, who say young people may think the oils used in vaping are a healthier option to smoking marijuana. That may not be the case when you look at the cutting agents like vitamin E acetate used in the oils.

Also, some cannabis oils used in the pens can contain higher levels of THC. 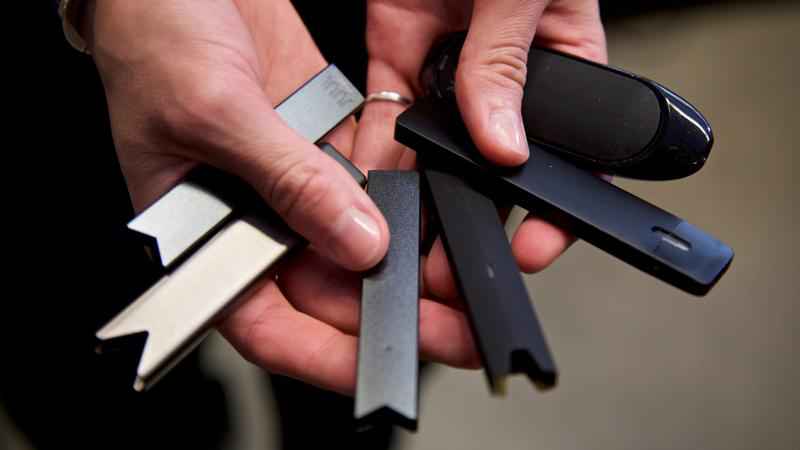 In this April 16, 2019 file photo, a researcher holds vape pens in a laboratory in Portland, Ore.[AP Photo / Craig Mitchelldyer, File]

According to one study quoted in the report, the overall percentage of high school seniors who admitted to using marijuana is hovering around 35%.

The study calls for better intervention and prevention measures, including stronger regulation of cannabis vaping products and bans on advertising that targets young people.