A 47-year-old Duanesburg man was arraigned Thursday evening, accused of killing his wife and young child.

His wife and 5-year-old son died.

His 2-year-old son was in stable condition at Albany Medical Center, as of Thursday evening.

Police say Patino is actually the person who dialed 911 after carrying out the deadly attack. He was treated for self-inflicted injuries before his arrest. 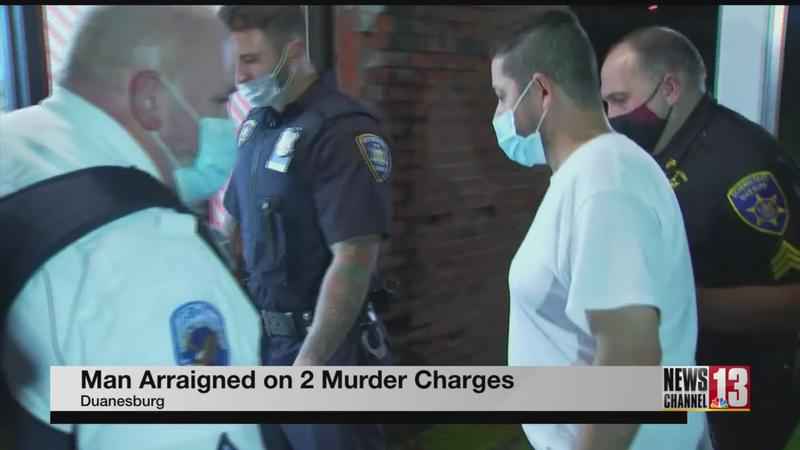 The Patino family is well known in the community. They own and operate the Duanesburg Diner, a few buildings down from the crime scene.

That’s where folks have interacted with Nelson, describing him as friendly and helpful, always with a smile on his face.

A sign on the diner alerts customers they’ll be closed until further notice.

On the diner’s Facebook page, people have been leaving messages of condolence and prayers all day.

Police have not yet released the names of the mother and son killed.

District Attorney Bob Carney says he expects grand jury action on this case, possibly as early as next week.

There will likely be another arraignment in county court in the coming days and weeks.