Teens charged in May Albany homicide

ALBANY – Two teenagers are arrested in connection with Albany’s ninth homicide of the year.

Gentil Nshuti and Jihad Ali are both 19 years old and are now charged with killing a 29-year-old man.

Police say on Sunday, May 30, officers responded to the 200 block of Quail Street between Western Avenue and Elberon Place for reports of a shooting.

Devin McGlothin, 29, was pronounced dead at the scene.

Both Nshuti and Ali are charged with murder in the second degree, and were sent to the Albany County Jail. 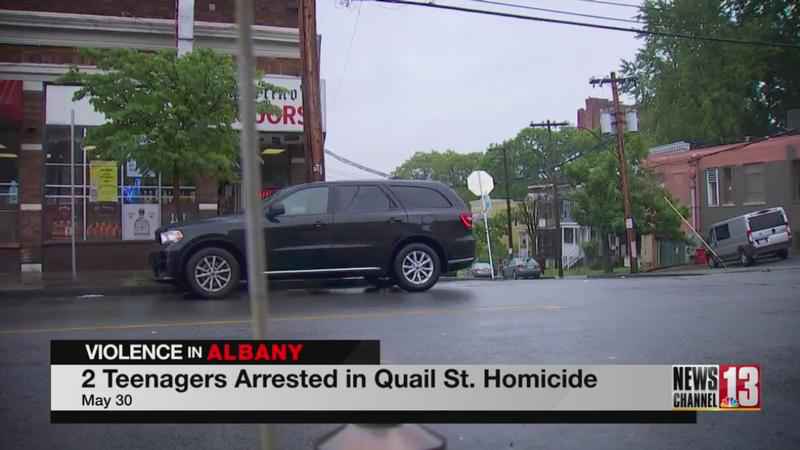