ALBANY – It was just a matter of months before the upheaval in Uvalde, Texas when evil visited a high school campus in Oxford, Michigan. It was November 30, 2021, when four people were killed by a lone 15-year-old gunman. Among the seven people injured in the attack were sophomores Eli Mueller and his girlfriend Phoebe Arthur.

"I don’t think I will ever forget the moment that I received the text message," Rogerson stated. "That is the moment in time that no family ever forgets."

Rogerson says the very moment she heard about Uvalde is the moment she immediately (in her mind) revisited the text message that came six months prior. 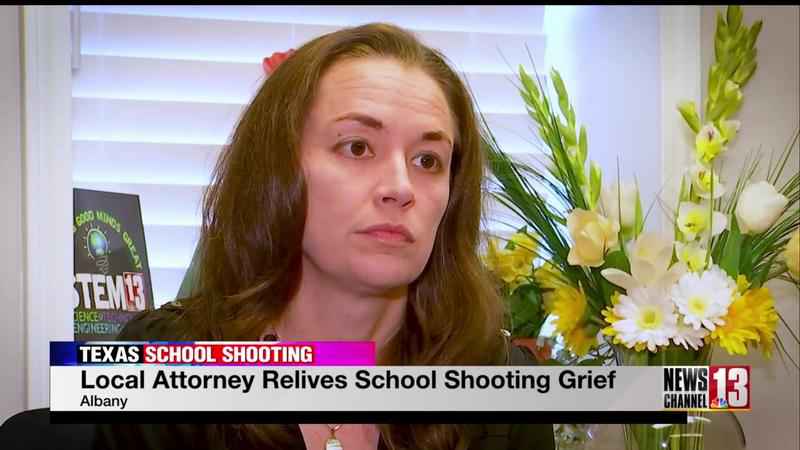 "The families currently are presumably grappling with a lot of overwhelming grief," she said. "In our experience, in my family’s experience, it can morph into a host of emotions including overwhelming disappointment and frustration."

Even though old wounds have been re-opened, Rogerson says rekindled raw emotions motivate her to want to solve the problem of gun violence.

Rogerson believes offering thoughts and prayers does nothing to solve the problem. That’s why she’d rather see people focus on prevention.

"My level of confidence is in survivors and people who care about this situation enough to change it," she said. "I’m fairly confident that their resolve is growing stronger, deeper and more knowledgeable every single time another shooting occurs."

Rogerson reiterates she’s focused on coming up with a common sense solution that involves a collaboration of law enforcement, mental health professionals, and school district officials.

Having police officers in schools she thinks is important to discuss, but because she believes it won’t solve the problem, at this point she sees that discussion as a distraction.