Just minutes into the first period, the Thunder scored the first goal of the game. After the goal was scored, fans threw out their teddy bears on the ice. Laura Lloyd is with the Salvation Army.

She says after the bears are thrown on the ice, they dry them off and collect them. The teddy bears go to children in need. Lloyd says when they do the Christmas distribution, they put the teddy bears in a toy bag to be handed out to the kids for Christmas.

"People just are endeared to it. They feel like their giving back to their community, their friends, their neighbors and it’s funny people get really excited about doing it. They just feel part of you know," said Lloyd. 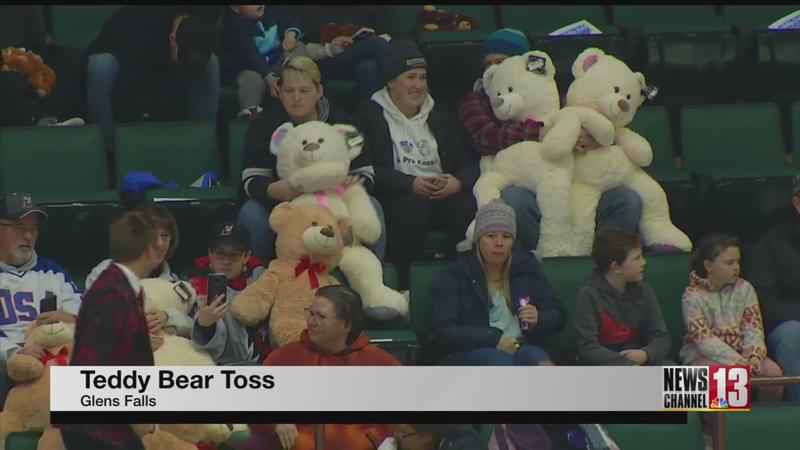