At-home Covid test kits are still in high demand. The town of Clifton Park handed them out Saturday at the Clifton Park Center Mall.

One by one people came by to pick up the test kits. They were in and out very quickly.

Clifton Park Town Supervisor Phil Barrett says they held the event inside to give people a break from the cold weather.
He says Clifton Park received 1,400 test kits yesterday, so he wanted to get them out to people as quickly as possible.
A couple people were eager to get the the test kits.

"We bought some and some of the stores are out of them, and I noticed that Clifton Park and Saratoga County were teaming up to give us some tests. So, I was stopping here. I had three children and we just wanted to be able to use them if we need them," said Mel Hathaway from Clifton Park. 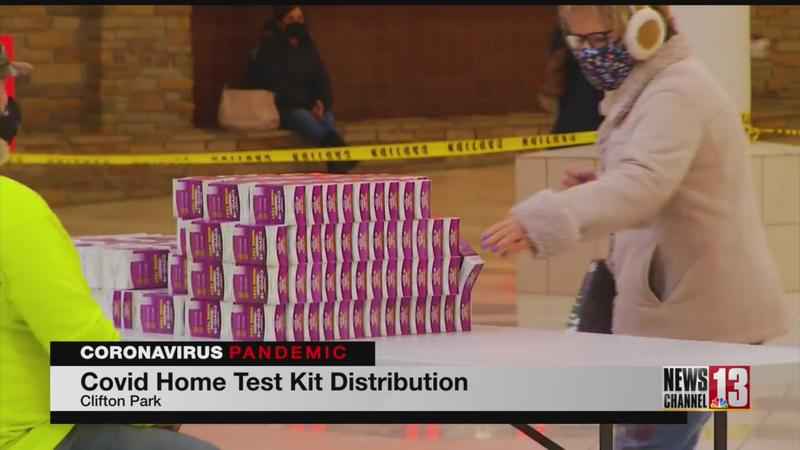 "You know this time of year everyone gets a sneeze. Everybody gets a sniffle. Do I think it’s Covid? No, but it’s good to have a test," said Shane Larkin, from Mechanicville.

The town of Halfmoon also distributed test kits on Saturday as well.