The Troy Firefighter Union President is concerned about the staffing shortage

At the fire station on Bouton road three people work out of this station everyday. On Friday, the crew was responding to a call at an assisted living facility when there was a fire at 12th and Eagle streets.

Wisher says because the crew was busy, firefighters from the North Central Neighborhood had to respond. That fire station is further away, which caused a delay. Wisher says things could’ve been worse.

"Thank God everyone was out when we got there. No one had to be rescued. Fire doubles in size every 15 to 30 seconds and when people are trapped, it’s not a good situation when you’re arriving late to the game," said Wisher.

Troy Mayor Patrick Madden released his proposed 2022 budget. The budget includes the purchase of new emergency vehicles and improvements to various fire stations. Wisher appreciates the help. However, he says staffing still needs to be addressed. 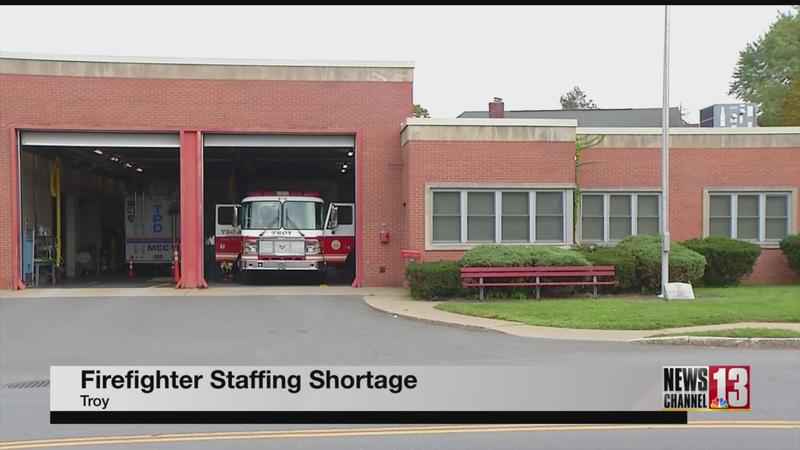 We reached out to the mayor’s office for comment, but didn’t hear back before deadline. We also reached out to members on the Troy City Council, but they were not available to be interviewed Saturday night.