Warren County is seeing an alarming increase in a tickborne illness known as anaplasmosis.

The symptoms of anaplasmosis can be even more severe than Lyme disease.

It’s caused by a bacteria spread through a tick bite. The symptoms of anaplasmosis typically kick in about a week after the bite, but the problem is most people don’t even know they’re being bitten.

Scott Sopczyk of Glens Falls didn’t. He says he was clearing some brush in May and didn’t use any bug repellant or take any tick precautions. It was a couple days later that he had an itch on his chest, followed by waking up in the middle of the night with a fever like he’s never had before. 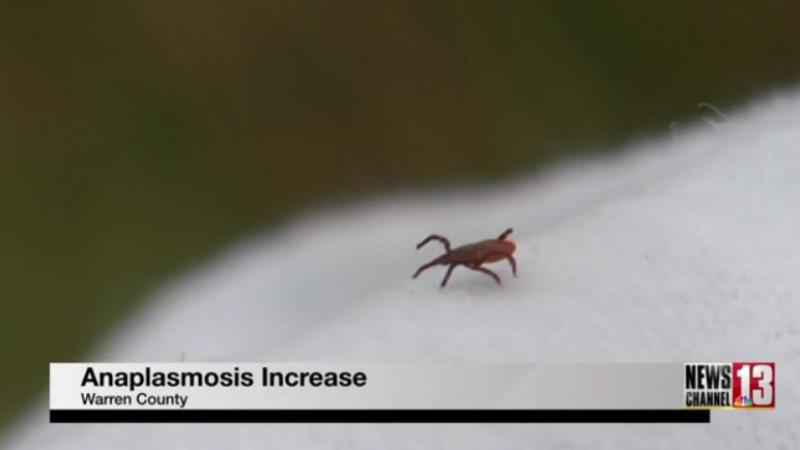 His doctor prescribed antibiotics right away and ran some tests, which came back positive for anaplasmosis, which can be fatal if left untreated.

"Some believe that because things are getting warmer, ticks are…expanding their territory. We’re not seeing the winter kill of ticks that we used to,” said Don Lehman, the Warren County Director of Public Affairs. "Why this disease, why this bacteria is present, is not really known. It just seems to be increasingly present in the tick bite cases that we’re seeing."

Hear Sopczyk discuss the precautions he’s taking now when he works outdoors by watching the video of Mark Mulholland’s story.