You may not have heard about it yet, but there’s a social media challenge out there that’s creating trouble for students and their schools.

This time, kids are being encouraged to do damage to things like soap dispensers, emergency lights and whatever else they can vandalize.

It’s called the "Devious Licks Challenge" or the "Bathroom Challenge," because that’s where schools like Shenendehowa are seeing most of the damage.

"It’s been a challenge, especially for our custodial staff," said Ron Agostinoni, the principal of Shenendehowa High School. "What we’ve seen here is predominantly in bathrooms. A lot of soap dispensers, hand dryers, paper towel dispensers being ripped off walls. Some go missing, some are left. Seeing some damage to emergency lights, damage to exit signs." 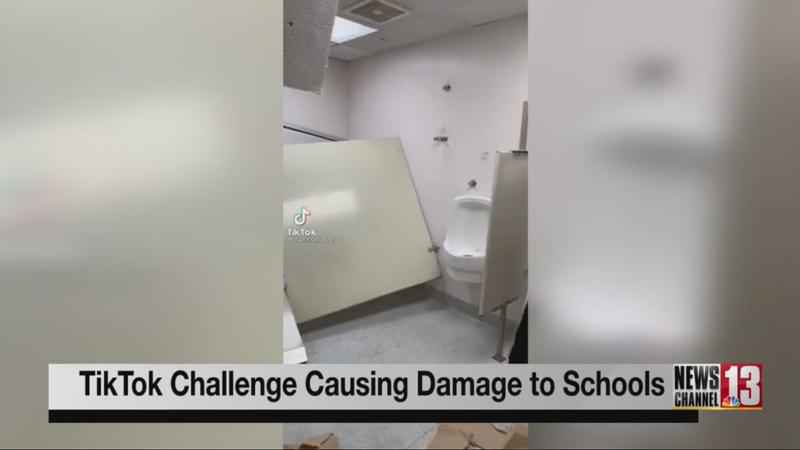 He acknowledges kids will be kids. They won’t always make the best choices. However, vandalism won’t be tolerated.

The thing with these viral TikTok challenges is kids are encouraged to record their handiwork and post it online. Now that the schools are aware of it, they’re watching for it, and they’re ready to hand out the consequences.

Agostinoni is asking parents to speak with their students about the challenge. He says the consequences for students who are caught could be severe.

Some districts around the country have resorted to closing bathrooms in response to the vandalism.

Learn if that’s being considered at Shen and what some strict consequences could be for anyone caught taking part in the vandalism, by watching the video of Jerry Gretzinger’s story.