TIMELINE: A look back at the Schoharie limo case 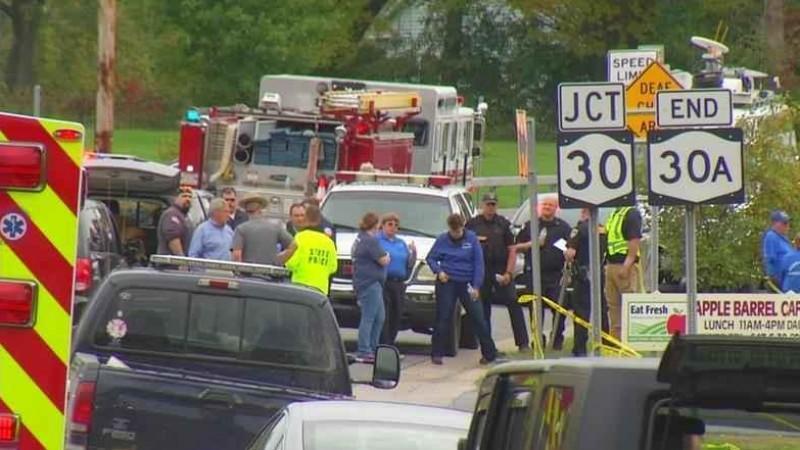 Investigators at the scene of the Schoharie limo crash, back in October.[File / WNYT]

It’s been a near four-year journey to this point. It all started on the afternoon of October 6, 2018. A stretch limousine carrying 17 friends from Amsterdam to Cooperstown crashed into an SUV in the parking lot of the Apple Barrel Country Store in Schoharie. Twenty people were killed — the driver, 17 passengers, and two pedestrians in the Apple Barrel parking lot.

Authorities quickly zeroed in on the operator of the limo company, Nauman Hussain. Four days after the crash, he was charged with one count of criminally negligent homicide.

One week later, the investigation continued, but the NTSB was frustrated. It penned a letter to the Schoharie County district attorney, complaining she was blocking the agency’s access to the limo and impairing the agency’s ability to look into safety issues.

Later that fall, civil suits related to the crash started to be filed.

On April 5, 2019, a Schoharie County grand jury handed up an indictment of Hussain, charging him with 20 counts of manslaughter and 20 counts of criminally negligent homicide. He pleaded not guilty.

One month later, court documents revealed a state police report found the cause of the crash to be catastrophic brake failure.

Then, just days before the first anniversary of the tragedy, the NTSB issued its safety recommendations report on the Schoharie crash. It revealed none of the passengers were wearing seatbelts, and that some victims may have survived if they were wearing the safety devices.

Just one week later, a former Mavis Discount Tire employee claimed the shop in Saratoga Springs falsified invoices and did not perform brake work it claimed to do on the limo.

Fast-forward to November 2020 and the NTSB released its final report on the crash. It found that if Prestige Limo had properly maintained the brake system in the 2001 Ford Excursion stretch limo, it probably would have been able to stop safely at the intersection in Schoharie.

More than two years after the deadly crash, safety changes finally went into place. A new limo law paved the way to safer roads in New York. Vehicles that are converted into stretch limousines now need to have a seat belt for every passenger, as well as sign postings encouraging the use of the belts.