Rep. Paul Tonko is calling on the FBI to respond to allegations regarding the 2018 Schoharie limo crash.

There are claims that the owners of the limo company, Prestige Limousine, had been shielded from legal troubles because of close ties to the FBI. A New York Magazine story alleged Shahed Hussain, the father of Nauman, was an FBI informant.

The Hussains’ limo company was found to have illegally altered an unsafe vehicle that crashed in October 2018. Twenty people were killed.

Tonko says he’s not aware of any FBI involvement protecting Prestige before the crash. However, he says the families and community deserve to hear whether these allegations are true.

The congressman is requesting a response by the end of the month. 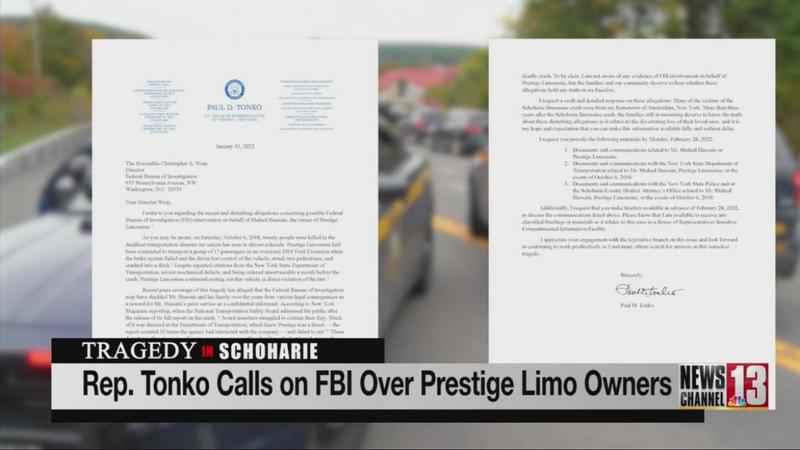