Tornado in a Bottle

On land, most tornados form in severe thunderstorms and one of the main ingredients that you need for tornado formation is called "wind shear." Wind shear is when there is a change in wind direction and an increase in speed as the height increases. This helps create an invisible spinning effects in the lower atmosphere. To learn more about how tornados form, check out Meteorologist Reid Kisselbacks video here.

In this experiment we are going to create a tornado in a bottle. When we spin the bottle in a circular motion, this creates the force called "centripetal force." Centripetal force is a force that acts on an object (in this case, the water) that is moving in a circular path and is directed towards the center around which the object is moving. This centripetal force will create a water vortex, which will resemble a tornado. An optional step of adding glitter will act as the dirt and debris that spins around a tornado. 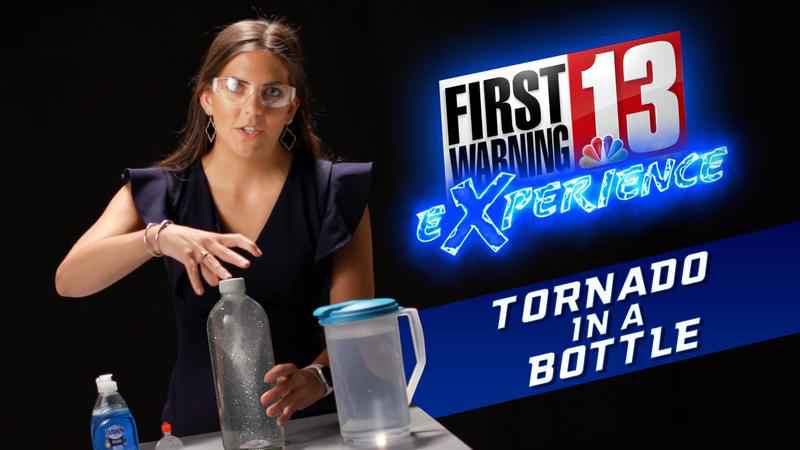 Put on safety glasses and pour water till the bottle is almost full.

Add a few drops of liquid dish soap into the bottle.

Add some sparkles to the bottle.

Close the bottle with the lid and shake up the contents.

Place the bottle on a flat surface and watch the "tornado" form.