Trainer Bob Baffert expected in front of a judge

Horse trainer Bob Baffert is expected in federal court in Brooklyn on Monday.

Baffert is suing the New York Racing Association to get his suspension lifted. NYRA suspended Baffert in May after his horse, Kentucky Derby winner Medina Spirit, tested positive for betamethasone in post-race testing.

The temporary suspension prohibited Baffert from competing in the Belmont Stakes, the third jewel of the Triple Crown. It also prohibits him from entering horses at Saratoga.

Baffert argues in the lawsuit that the suspension violates his 14th amendment right. It argues that he was suspended without any prior notice, and states NYRA did not accuse Baffert of violating any New York laws or regulations. It also argues that NYRA does not have the authority to suspend his training license.

NYRA says it suspended Baffert to "protect the integrity of the sport." It also took into account the fact that some of Baffert’s other horses had failed drug tests. 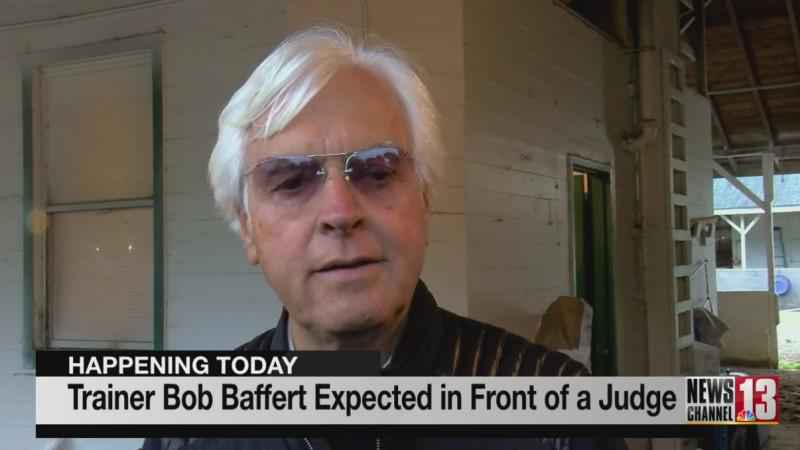