To mark 10 years since Irene hit, there’s a new exhibit that takes people through the past decade.

NewsChannel 13’s Subrina Dhammi toured the exhibit Thursday, and spoke with the people involved in putting it together.

They have spent years gathering interviews from dozens and dozens of people impacted by the flood, and also people who were instrumental in bringing the area back.

The sound from those interviews plays as you walk through the exhibit. The exhibit shows the tools volunteers needed and emergency bags for people who needed to evacuate. 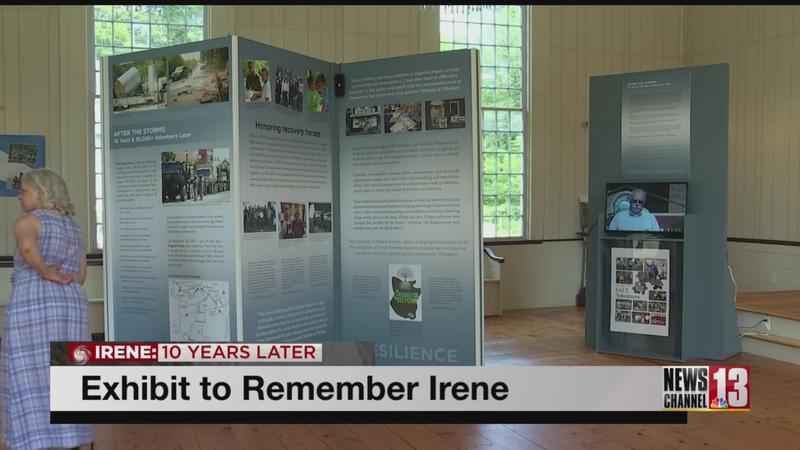 This is a traveling exhibit. It opens on August 28, the day the storm hit 10 years ago. It will be set up at the Schoharie River Center in Burtonsville, which is right next to Esperance. The exhibit will stay there for one month.

Then, the exhibit travels to the Zadock Pratt Museum in Prattsville for the month of October. The exhibit then moves to the New York Power Authority Visitor’s Center in Blenheim, where it will stay for the winter.

Finally, the exhibit will move to the Old Stone Fort Museum in Schoharie next May.

To hear more about some of the pieces in the exhibit, click on the video.