A court hearing wrapped up Tuesday for the Wilton man accused of putting a 7-foot penis statue in his front yard.

He says he put the carving up as a sign of protest, after a dispute with the town over plans for his workshop, which the town said wasn’t up to code.

The judge set a tentative trial date of October 1.

The two parties say they hope to reach a resolution before that time. 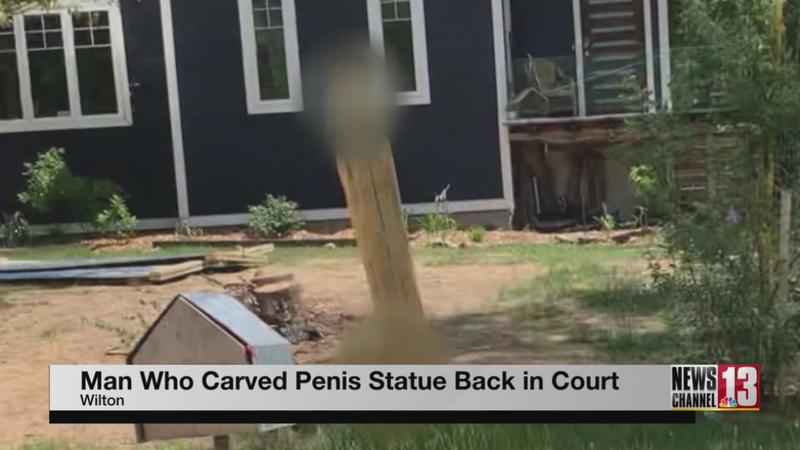