A Troy business owner speaks out after a homicide happened at his bar over the weekend.

The owner of the Bradley Bar, Vic Christopher said the bar was packed the night of the shooting because they were hosting a fundraiser for a well-known customer.

Troy Police said the shooting happened around 11:30 p.m. One man died with a bullet wound to the chest, and another man is in the hospital with serious injuries after being shot in the torso. Christopher said this was an isolated incident, and typically the bar is filled with regulars. "This weekend that wasn’t the case, so a few guys slipped in that we didn’t’ know and it was a hit job, it was a calculated attack,” he said.

Christopher said out of respect for the victims, and those who witnessed the homicide they volunteered to temporarily close the bar. "It was unprecedented, and for all those involved and the staff and the witnesses, we’re taking some time off while we let the dust settle," he said. 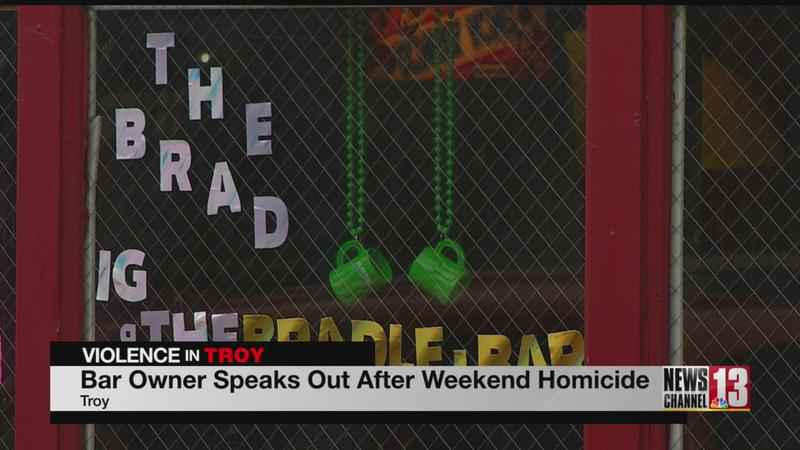 Christopher said his bar has been around for decades.“It’s very shocking to the people involved, myself included, and it doesn’t represent what we’re all about and I hope this is not indicative of a violent summer," he said.

At this time, police are asking if anyone knows anything to report it to their office.