Troy police are investigating a bank robbery that happened at the SEFCU bank on Hoosick Street.

Police say 26-year-old Steven Galea walked into the bank shortly after 1 p.m. Saturday, and made a threat.

Police say he did not have a weapon and no one was hurt, but he ended up getting away with cash.

During the 22-minute search for him, police officers and a K-9 named Brass found Galea hiding in a backyard of a home on Burdett Avenue. He was taken into custody and is being held until his arraignment.

As for Brass, police say he was rewarded for his work with a new toy. 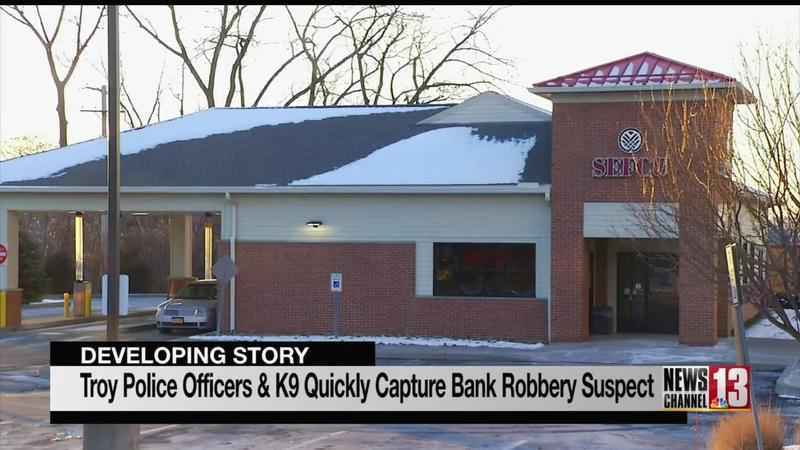