A truck overturned near Exit 24 of the Thruway on Wednesday afternoon.

Traffic leading up to the crash was backed up during rush hour, but still moving.

Pipes that were being carried on the truck fell onto the highway below.

It’s still unclear how this happened. There are no reports of any injuries.

NewsChannel 13 is following this story. We will bring you updates as we get them on WNYT.com and our later newscasts.

Truck overturned on I87 South over I90. We have calls into state police. A look at traffic coming up on @WNYT. pic.twitter.com/yJ43SX9jG2 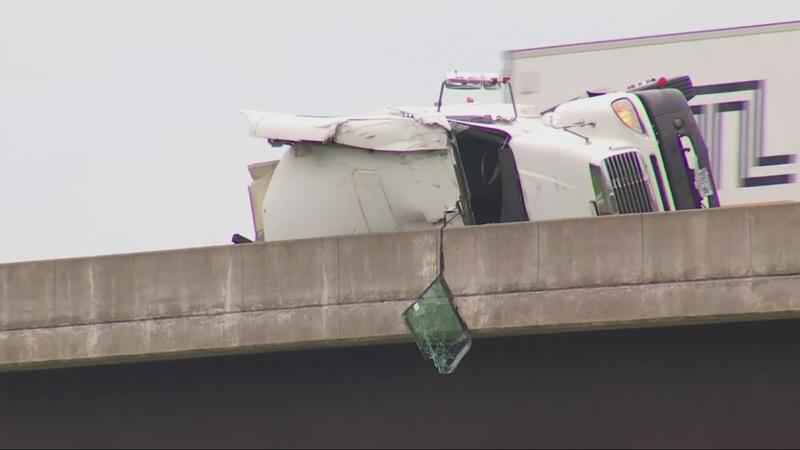