The very cold temperatures this winter have caused ice to build up along the Mohawk River in Schenectady County. That means there could be ice jams, which could cause flooding.

The Stockade Historic District in Schenectady has ice jams nearly every year.

The New York Power Authority and the Canal Corporation have deployed a tugboat to break the sheets of ice. The goal is to reduce the chance of flooding.

NewsChannel 13 was able to get a look at the tugboat as it was going around the Mohawk River. The goal of the tugboat is to create an open channel for the ice to flow downstream. 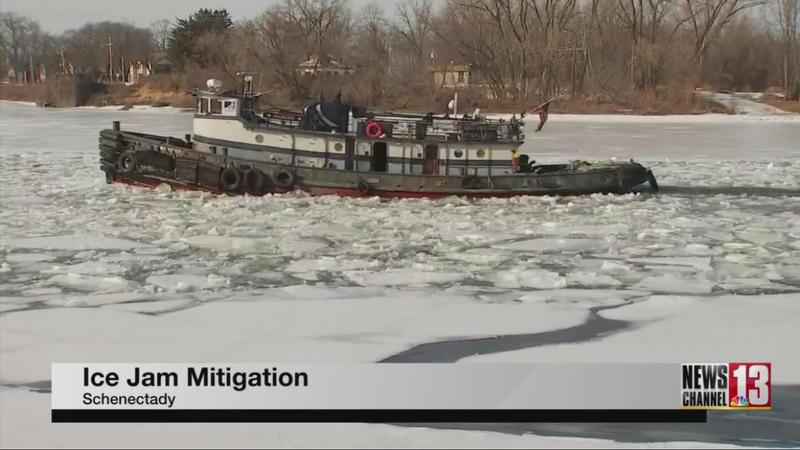 The New York Power Authority and the New York State Canal Corporation are in the second season of a pilot program that studies different interventions to mitigate the impacts of ice jams between Lock 7 in Niskayuna and Lock 8 in Rotterdam.

Canal Corporation officials say the tugboat won’t completely get rid of ice jams, but it should hopefully mitigate the issue.

Check out the boats in action, by watching the video of Jonathan Hunter’s story.