ALBANY – Two victims from separate shootings in Albany have died from their injuries.

Police say around 1 a.m. Friday, the responded to the area of Willett Street and Hudson Avenue for reports of shots fired. Shortly after, 34-year-old Lamon Lanier of Albany entered Albany Med with a gunshot wound to the head. He died early Saturday morning.

Then around 4:45 a.m. Saturday morning, officers responded to a report of shots fired in the area of Third and Oak Streets. 30-year-old Rashad Nicholson of Albany was found with a gunshot wound to his torso. He was transported to Albany Med where he later died.

Two other victims from Saturday’s shooting, a 30-year-old man and a 32-year-old woman, both sustained non-life threatening injuries.

The recent spike in violence has prompted Albany Mayor Kathy Sheehan to declare a state of emergency. 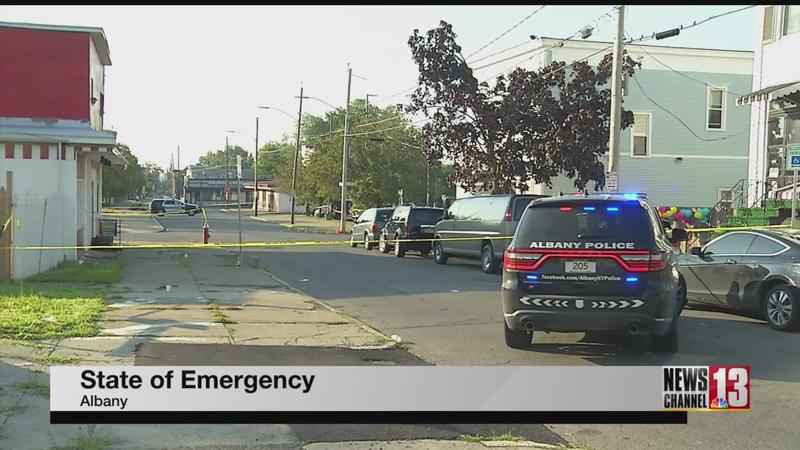 She said there’s been a 22 percent increase in shots fired incidents in Albany over the past month, compared to the same time last year.
Police Chief Eric Hawkins also declared Cafe Hollywood a public safety nuisance and ordered it to close immediately.
Police say there have been more than 20 calls involving that business, including the shooting on Willett Street.

Owusu Anane is an Albany Common Council Member. He agrees with the mayor’s decision to declare a state of emergency.

Anane says the state of emergency allows the city to shutdown businesses, but also gives them the opportunity give funding to community organizations. This means they can allocate funds to anti-violence groups like 518 SNUG, if need be.

Bishop Avery Comithier is with Pastors on Patrol. He received several phone calls due to all of the recent shootings. He wants people to put the guns down. He says if you need help, you can give him a call. You can reach him at 518-396-8816

Both incidents are under investigation and anyone with information is asked to call police at (518) 462-8039.