SCHENECTADY – A car became lodged under a FedEx truck after a bad crash in Schenectady on Wednesday afternoon.

Three people, including two teenage boys, 14 and 15 years old were rushed to Albany Med. The 15-year-old was in critical condition as of Wednesday evening.

Police say it started around 1:15 p.m. as a call about a fight between two people. The caller says a person was wielding an axe and driving a red sedan. 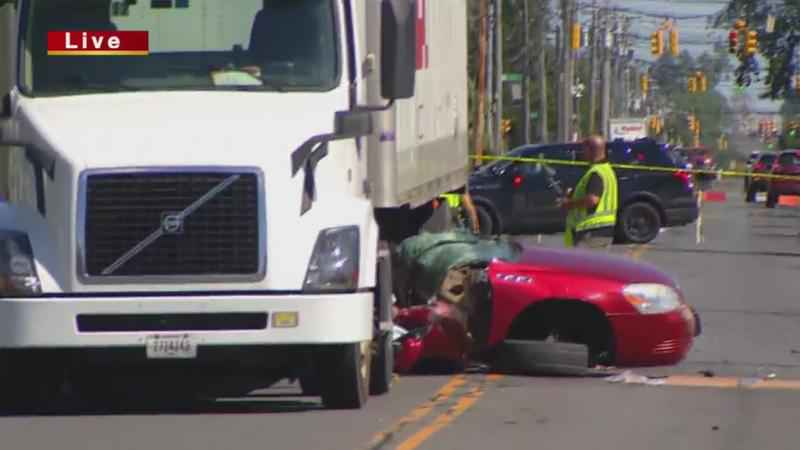 Police say when they found the car and tried to pull it over, it sped off.

As those officers left their vehicle and began to approach the red sedan, they say it sped off down Victory Avenue westbound, and took a left heading south on Chestnut Street.

The officers tried to catch up. They made the turn from Victory onto Chestnut, and saw the red four-door sedan strike the FedEx tractor-trailer.

The driver of the FedEx truck is okay.

Police remained on scene Wednesday evening, speaking with people in the area. They were expecting to remain there for several hours.

The car wreckage was removed from under the truck just before 6:30 Wednesday evening.