We just marked 20 years since the 9/11 attacks, and we continue to hear stories from that terrifying day. A University at Albany graduate was one of the first to respond to Ground Zero, saw the second tower hit, and saved several lives. She’s now a chief with the NYPD.

Terri Tobin got to the World Trade Center right around 8:55 a.m. on September 11th. She was a lieutenant at the time, assigned to the press office. Minutes later, the second tower was hit.

“To witness that and the intense fireball and the destruction caused in the immediate aftermath was really a horrific site,” she said.

Then the tower came down.

“It blew me out of my shoes and I actually crossed West Street from the west side to the east side,” she recalled. “It just became this roving cloud of pitch black.” 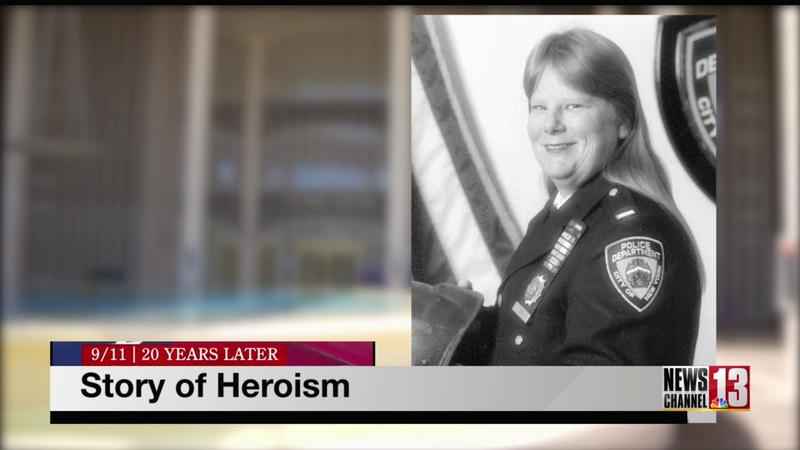 She couldn’t see anything. She struggled to breath. The cries for help were haunting.

“You got up, and you rescued some people,” she said. “The screams for help were loud and clear.”

As debris rained down, a shard of glass lodged in her back and a chunk of cement smashed into the Kevlar helmet she was wearing.

“And a piece of concrete got embedded in my skull, and honestly, if I did not have that helmet on I know my head would have been decapitated,” she said.

She’s had several surgeries since then. Two-thirds of her teeth were replaced.

But dozens of people survived the attacks that day because of her.

Tobin is a 38-year veteran with the NYPD. She got her masters and PhD at UAlbany.

Tobin credits her time at UAlbany for contributing to her training. Play the video above to hear from one of her professors.