Lansingburgh High School was half empty Friday, after a concerning social media post made its way through the community.

The post warned of a massacre at school with shootings and stabbings.

By 5:30 Friday morning, police knew it was completely unfounded, but after a chaotic dismissal Thursday, many parents still opted to keep their kids home.

Police were still on hand Friday afternoon, just to calm nerves after unease about potential violence that first started percolating when the middle and high school were dismissed Thursday.

"Right at dismissal, there was a little bit of an altercation between a couple of students on campus, and then at same time as that’s happening, and the buses are leaving, there was an incident about a block away that was non-school related. So that didn’t help," said Superintendent Antonio Abitabile. 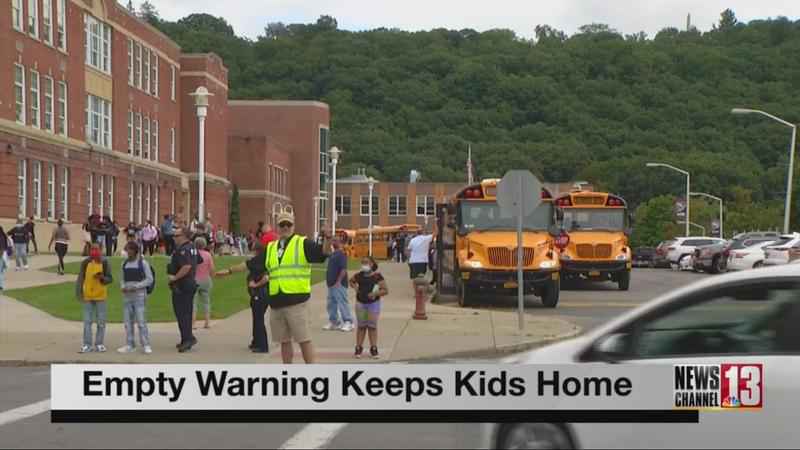 A short time later, a student posted on TikTok that there was going to be a massacre at school on Friday. It went on to say there would be shootings and stabbings.

Police say they heard about the post from countless community members, which is a good thing.

"Because we had so many community members reaching out to us where they saw it, where they tracked it down to, that allowed us some breadcrumbs to get back to the original poster," said Troy Assistant Police Chief Steven Barker.

That original poster admitted they had nothing to base their dire warning on. Barker says the student actually misheard a conversation a parent was having and launched it off on social media.

The rumor was quickly dispelled by 6 a.m. Friday, and police and the school sent out a notice. However, some parents still kept their kids home.

Hear what the school hopes students learn from this by watching the video of Jerry Gretzinger’s story.