Albany is the best place to live in New York state.

That’s according to rankings of 150 cities from "U.S. News & World Report."

The rankings are based on data from the U.S. Census Bureau, FBI, Department of Labor, and more.

"The region doesn’t have the crowds or costs of a major metro area, and Albany has an old-world appeal to it," said the publication. 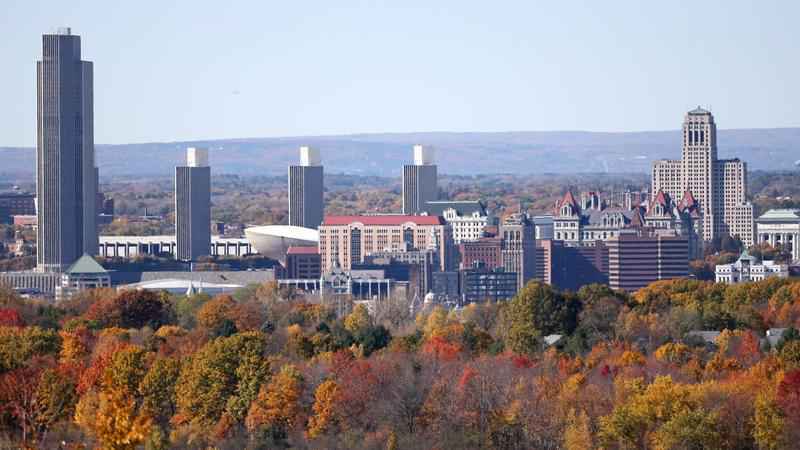 The Albany skyline is seen beyond the autumn colors from the view of East Greenbush, N.Y., Monday, Oct. 26, 2015.[AP Photo/Mike Groll]