VALATIE – Many people in the village of Valatie say the intersection of Main Street and Church Street has been a problem for years.

"People have had broken hips, two 10-year-old girls were hit, both of them injured," Amy Freinberg told NewsChannel 13.

After a beloved business owner, Joan Archer was hit by a car and killed while in the crosswalk last week, the community is calling for permanent change.

Investigators are still looking in to how the driver hit Archer, but NewsChannel 13’s Sam Hesler drove to the village to see what some of the issues were with the intersection in general.

Mayor Frank Bevens says one of the bigger issues is line of sight problems for drivers coming down the steep hill and trying to make a left-hand turn. The village has now blocked off parking spaces at the bottom of the hill with cones to try and help. 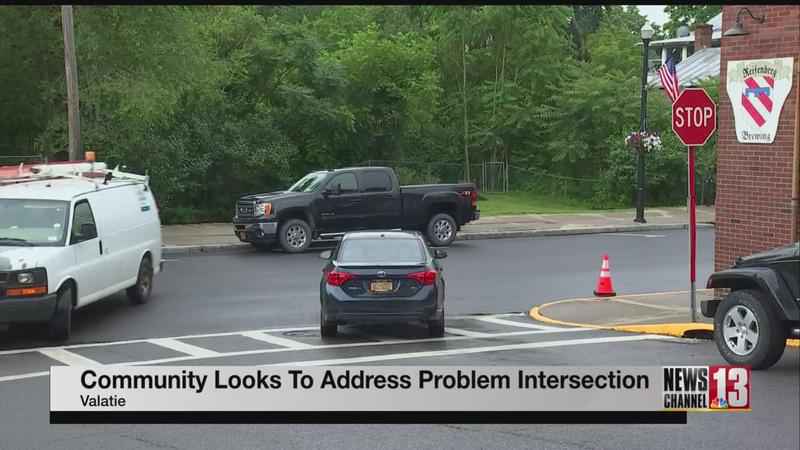 While Archer was using the crosswalk when she was hit, Mayor Bevens says that isn’t always the case along the bustling Main Street.

Mayor Bevens and others are calling on the New York State Department of Transportation to help improve safety at the intersection.

"They want a light at the bottom of the hill, and if you can’t get a light than stop signs on Main Street," Bevens explained. "I would like to see them do a public presentation and listen to the residents and their concerns."

NewsChannel 13 reached out to DOT for comment about the incident and the safety of the intersection. A spokesperson responded with the following statement:

"Pedestrian safety is a top priority of the New York State Department of Transportation, and we urge motorists and pedestrians alike to always look out for one another, be aware of their surroundings and proceed with caution through crosswalks. As this incident is still under investigation, we have no further comment."