There’s a push to get Gov. Cuomo to sign a bill that expands eligibility for college scholarships for kids of veterans who were either disabled or killed while in the service.

The bill passed both the Assembly and the Senate this past session.

The New York state program that grants college scholarships to children of vets wounded or killed on the job only applies to vets who served after August 2, 1990.

Steve Pechacek served in the Army from 1981 to 1985. He was injured in combat. Forty-four surgeries later, he’s a disabled vet. 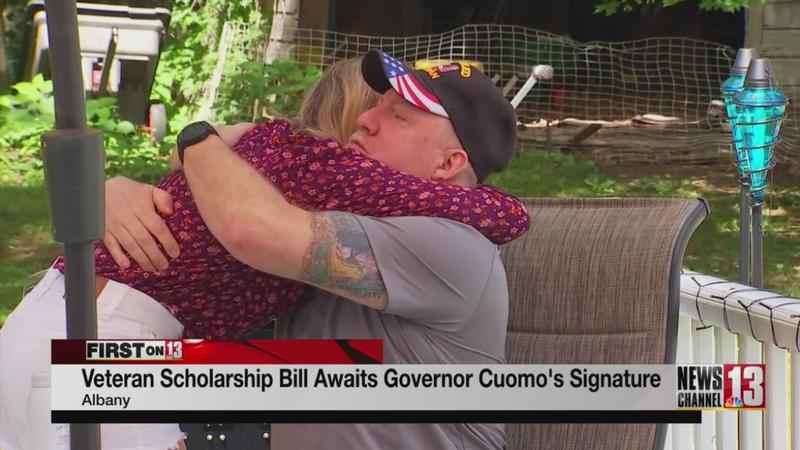 With his daughter heading to nursing school in the fall, he has been advocating to get the date limitation removed.

Hear from a lawmaker who’s trying to help by watching the video of Jacquie Slater’s story.