BALLSTON SPA – It was a busy Monday morning at Ellms Family Farm in Ballston Spa.

People volunteered their time to load up trees onto a FedEx truck, so troops have a piece of home this Christmas.

It’s a national effort put together by the Christmas Spirit Foundation.

The trees will be sent to military bases around the world.

"The trees usually go – being in New York, up to Fort Drum, and then they’re dispersed from there, but our partners at FedEx are taking these ones actually directly to Panama and spread out through there," said Garth Ellms, who owns the farm.

#HAPPENINGNOW: Trees are being loaded on this #FedEx truck here at Ellms Farm to be sent to troops overseas. They’ll have a little piece of home for #Christmas. I’ll have more on the annual Trees for Troops kick off on @WNYT LIVE at Noon. pic.twitter.com/IgYYGRSUp0

Ellms says this is the 17th year for the event at the farm. 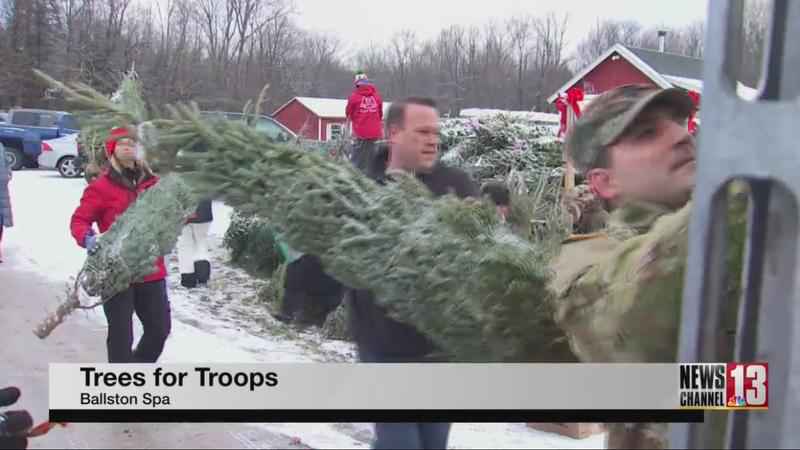 More than a dozen farms and nurseries in the Capital Region donated the trees.

"We’ve learned that they could’ve driven to the moon twice with the amount of mileage they’ve put on their trucks for this program," said Ellms.

The volunteers included a Sergeant First Class with the New York Army National Guard, who says he remembers getting a tree when he was serving overseas.

Hear why the SFC says it’s so important to give back, by watching the video of Emily De Vito’s story.