Leaders of both Queensbury and Glens Falls schools had asked their communities to support tens of millions of dollars in capital improvements.

Glens Falls approved their renovations with 81.4% of voters saying ‘yes.’ Voters also approved lights on the field with 57% voting ‘yes.’ In Queensbury, residents approved the capital project proposal with 76% of voters’ support.

The years haven’t been kind to the door frames, the windows, the stairs and the bathrooms at Glens Falls Middle School. There are also problems with aging classrooms and roofs. 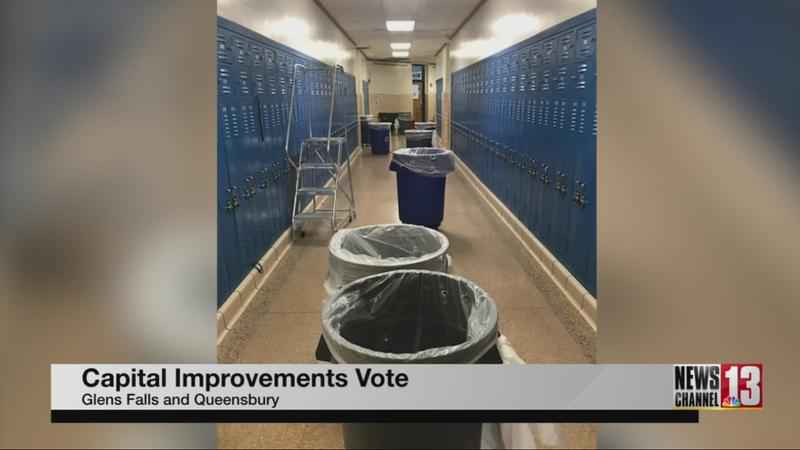 The district asked voters to approve a capital improvement project that will cost $32 million, but because of state aid and the school’s fund balance, it won’t result in a tax increase.

It’s a similar situation in Queensbury, where Superintendent Kyle Gannon says roofs on the elementary school and other buildings are in dire need of replacing.

Gannon says it’s not uncommon to see trash cans posted in hallways to catch the leaks.

Queensbury asked voters to approve $19.75 million in repairs and upgrades, including a new turf field.

In Glens Falls, a separate proposition passed to add lights to the athletic field at a cost of up to $736,000. Voters defeated a similar proposal in 2017.

Take a look at some photos that the district says are examples of why the upgrades are so badly needed, by watching the video of Mark Mulholland’s story.