Leaders in Warren County will be considering a proposal to rescind a law that allows the sale and use of low-level consumer fireworks.

The first of two public hearings will be held Wednesday.

People can give their opinions on a proposal to stop fireworks sales in the county.

In 2015, a law was adopted to allow the sale of sparklers and fountains during certain times of the year.

The reconsideration of the law was prompted by complaints from people living in the community. 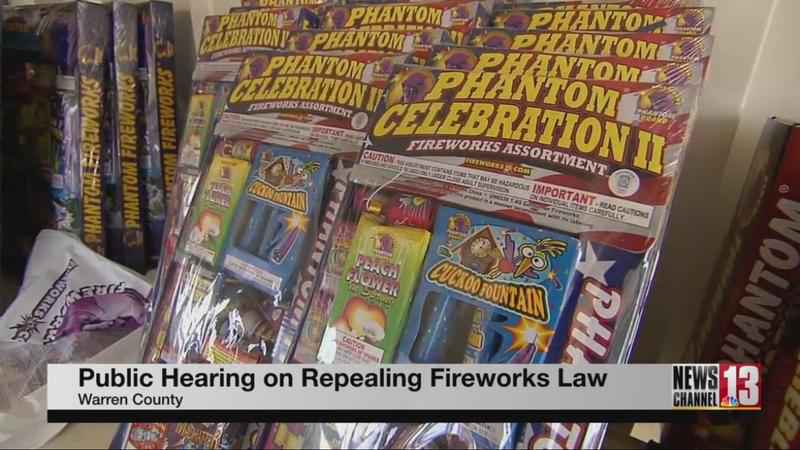 The public hearing begins at 7 p.m. Wednesday at the Warren County Municipal Center. The next hearing will be Friday at 10 a.m.
Right now, 11 counties in New York do not allow fireworks sales.