A mother in Watervliet is accused of trying to kill her 10-month-old son.

Police say they caught a lot of the assault on video.

The chief says it was so horrific, he had a tough time even talking about it.

Police say there is recorded video of the abuse that happened inside the home on 7th Avenue from a baby camera inside. 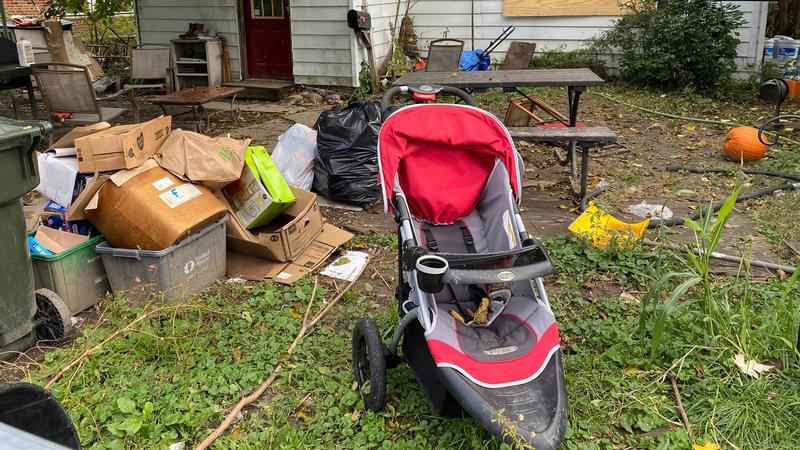 Watervliet’s police chief says a warrant led them to baby camera footage of the abuse that police believe happened over a period of four days. They’re charging Samantha Valentine with attempted murder and assault of her baby.

Police would not say whether Child Protective Services had visited this home before, but they said police had not. That is until October 16, when they say Valentine asked someone in the house to call 911 because the baby was hurt. An officer arrived and found the child not breathing.

This is the home in Watervliet where police say Samantha L. Valentine tried to kill her 10-month-old baby. The city has since condemned the building. The baby is still recovering in the hospital nearly 2 wks later. @WNYT pic.twitter.com/DQfLGa9PCd

Police confirmed Wednesday this is the same woman who we told you about back in 2019, arrested then for selling kittens that were sick and dying. Officers say they recovered a bunch of animals from the home, including a dead squirrel. Police say it’s been an emotional case.

"This case, I have seen grown men and women that have been doing this for quite some time that have expressed similar emotion to me, that have been brought literally to tears, so I can’t overstate. I have also through my experience, unfortunately, I have seen many other children die from less abuse than what this poor baby endured," said Watervliet Police Chief Joseph Centanni.

The baby is still recovering from his injuries at Albany Medical Center. Police say he’s stable, but suffered a brain bleed, so they’re praying for the best.