Weekend homicide and stabbing in Troy

Police said a stabbing happened Saturday night around 11:00 p.m. outside a home on 2nd Ave between 101st and 102nd street. Troy’s PD said, the situation is still under investigation, but the owner of Kennedy Fried Chicken, Michael Luck tells us he witnessed the incident and caught most of it on his surveillance video.

Luck said a little after 11 p.m. a customer told him someone was outside laying on the ground. He said he went outside and police arrived shortly after. TPD confirmed a female had been stabbed by a man she knew. “We seen some yelling, it was hard to see, because the cameras are over here at the back door. If you go to zoom in, it’s blurry but you can see the people arguing," Luck said.

Shortly after around 11:30 p.m. a shooting happened further up the street at Bradley Bar at 28 4th St. Police said one man died with a bullet wound to the chest, and another man is in the hospital with serious injuries after being shot in the torso.

Muhammad Siddiqi works late nights at Shalimar Restaurant, not too far from the bar. "To hear that it kind of puts me on the edge, Siddiqi said. It’s crazy to think that just a few blocks from here, this happened." 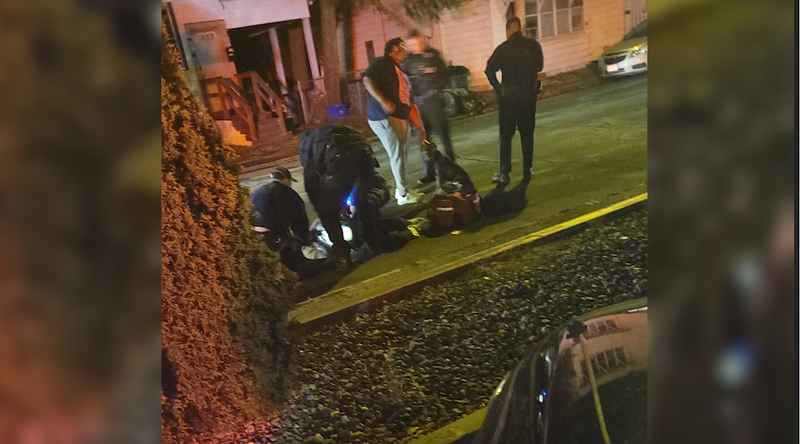 Michael Luck said it’s not unusual to see crime where he works, but it does affect his business. "I’m kind of used to it because there’s a lot of shootings and stabbings right here in this vicinity.

At this time police said there are no suspects in custody, Both incidents are still under investigation and police asks if anyone knows anything to report it by calling (518) 270-4421.