Winds up to 90 mph estimated in Coxsackie storm

We now know what caused all that heavy damage in parts of Greene County on Wednesday.

The National Weather Service says it was straight line winds between 70 to 90 miles per hour. They say it wasn’t a tornado.

Central Hudson had 10 crews working for hours on Thursday. The goal is to get the streets open.

Coxsackie Mayor Mark Evans says nearly 1,500 customers lost power at the height of the storm. There were still roughly 500 customers in the dark 24 hours later.

Most of the damage has been in the eastern half of the village. We saw emergency crews and neighbors working to clean up the damage. We saw downed power lines and trees that were uprooted from the ground. Evans says the clean-up process is probably going to take about a week or two. 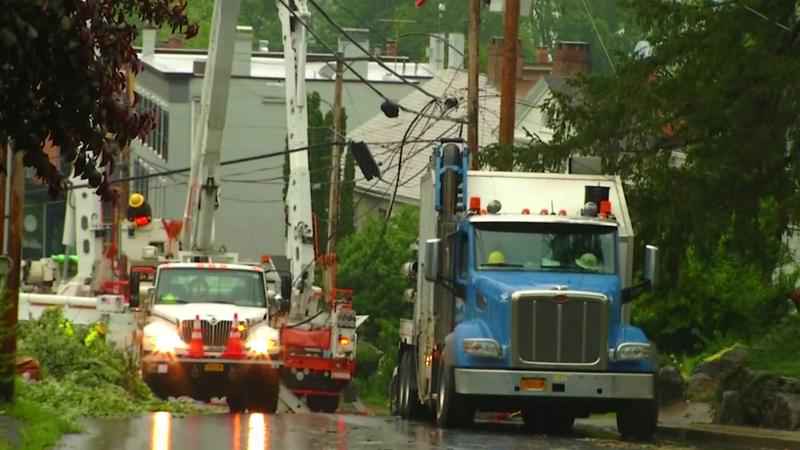 "We’re urging everybody in the eastern half of the village to still not travel if you don’t have to. Certainly do not walk around. There are too many unstable trees and limbs that we’re still assessing and trying to deal with,” said Evans.

If you need any help, Evans says you can contact the local police department.

He says the firehouse has been set up as a shelter.

Hear reaction from one resident whose lived in Coxsackie for 20 years by watching the video of Jonathan Hunter’s story.