Many early morning travelers at Albany International Airport got some bad news when their flights were cancelled or delayed on Monday.

The airport’s snow team was working hard to get the runways cleared and the planes de-iced for take-off.

However, things were slowly starting to improve by around lunchtime.

For one Clifton Park native though, this snow storm made for a major travel headache.

Joel Slutsky originally had a flight set for Monday, but tried to get out early, knowing about this morning’s winter storm. 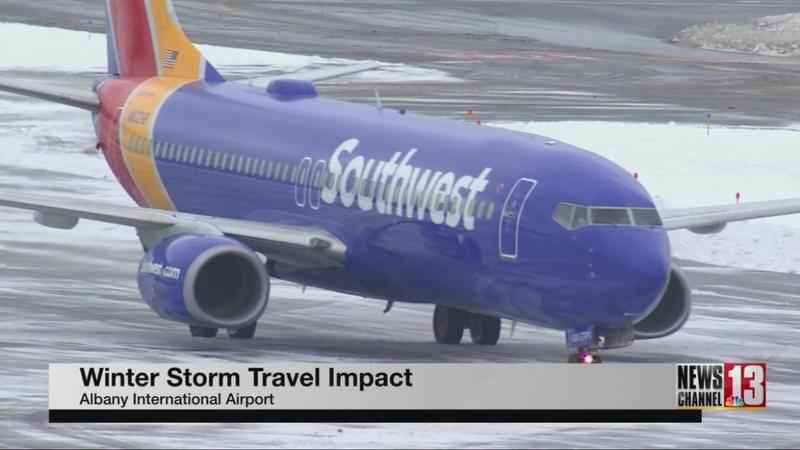 He had to be at work on Wednesday. He didn’t want to change it to Tuesday, because so many flights have been cancelled.

That flight got canceled Saturday at 4 p.m. for Sunday at 5 p.m.

The problems didn’t stop there.

Hear what happened when he tried to rent a car to coincide with his new flight, by watching the video of Sam Hesler’s story.