Witness says helicopter was ‘having issues’ before Argyle crash

The National Transportation Safety Board has issued a preliminary report on the deadly helicopter crash that killed a father and daughter in Argyle on Aug. 7.

A witness tells the NTSB they saw the helicopter about 50 to 75 feet above the ground. He said it was, "having issues, and could not stay up in the air."

Craig Seeley and his daughter Katie died in that crash.

NewsChannel 13 first reported last week that the FAA defined Seeley’s helicopter as "amateur built," meaning it came in a kit and Seeley put it together. 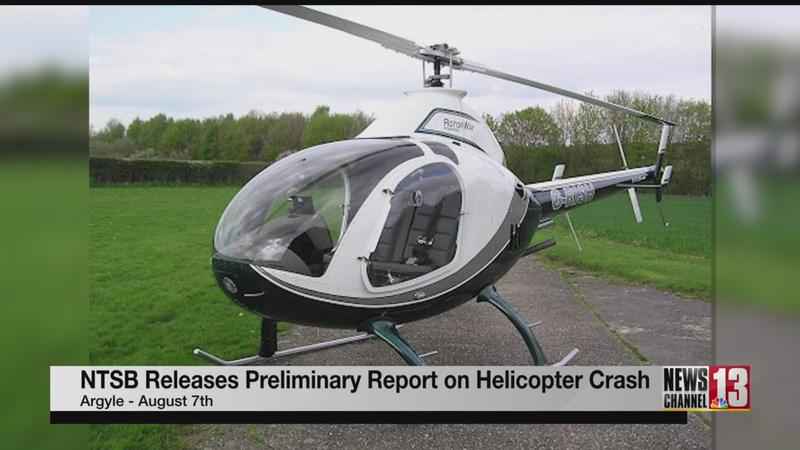